I just got the cover art for my April release with Wings ePress--The Promise Tree. 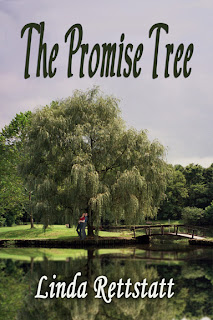 I love it.
And don't forget about Wake-Up Call, coming out in March from Champagne Books. 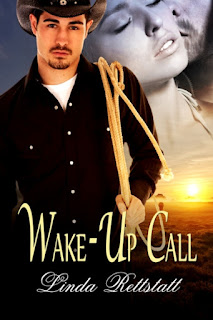 This month, I am particularly pleased to welcome debut author Sherry Foley into the Author's Spotlight. I know that once you read an excerpt from Sherry's new book, SWITCHED IN DEATH, you'll be hooked. 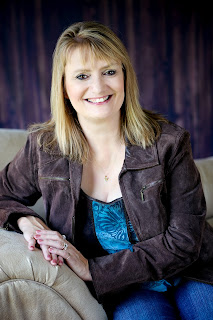 Please tell us a little about yourself.


My name is Sherry Foley and I’m the author of Switched in Death, a psychological thriller due out February 17th.

I’ve always had an overactive imagination and been an avid reader. I thought it would be a lot of great to fuse the two passions together and have double the fun.

What aspect of the writing process to you enjoy the most? What part of the process do you dread?

Writing with the reader in mind and trying to anticipate their reaction / The research on the medical aspects if the story calls for it.

Are you a plotter or a pantser in terms of your writing style?

Total punster! I come up with a storyline, think up characters to follow and then just take notes. I think it’s exciting to find out where the characters lead me. If I knew ahead of time where I was going-the story would bore me.

Shannon K. Bucher. She’s been a wonderful mentor and helped me so much. I love her books.

You’re a debut author. Would you tell us a little about your book?

My story is about a serial killer who has quite uniqueness about them. I say "them" because Christina Mitchell has a dark past which leads her to a sex change and then becomes Mitchell Christian. Mitchell is a therapist dedicated to helping others with problems but never sees his own. He's on a desperate search to find his sister Christina before she kills again... 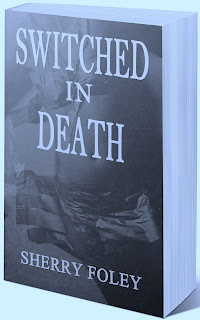 
It was always another day, another dead body—until that body was someone you knew.

Detective Seth Banning paused at the bedroom doorway of the rundown duplex, his gaze fixed on the dead woman lying on the floor. He swallowed while his brain absorbed the shock. He squeezed his eyes shut and then opened them again.

She was still there. He would know that profile anywhere.

A woman he never expected to lay eyes on again alive, much less find dead.

As the forensic unit milled around doing their thing, Seth was reminded he wasn’t alone. He took a moment to recover. He tried to turn his focus to his surroundings. Foil covered the only window in the room. Dirty clothes littered the floor, and the walls were lined with ripped-into boxes marked “bedroom.” How recently had she moved to this duplex?

His gaze returned to Sheila who was staring up at the ceiling with eyes faded from this world. He stepped into the room and back into another time.

He no longer saw the bad bleach job on the hair splayed around her ashen face. Instead, he saw the way she used to wear it; soft brunette curls framed her heart shaped jaw. She could produce a smile that lit up the dreariest of days. He remembered how her chocolate brown eyes always promised sinful secrets, and her incredible sexy laugh sent his libido into overdrive. Things he thought he had long forgotten surfaced from a more carefree era of his life. A time when the world rested at his feet and the woman by his side could do no wrong. They once had shared so much laughter.

With closed eyes, he drew in a slow breath. The pain of her betrayal was a distant thunder now. Three years had passed since he proposed to her on bended knee, with the sun setting on the beach as their backdrop.

Sheila had enjoyed taunting him to his face. Her cruel words still echoed in his memory.

He’d never bothered to retrieve the ring from where she’d flung it after she’d announced there was someone else. The hurt lingered for a good year, nearly choking the life out of him. For a long while after the breakup he compared every woman who came along, to her.

And all had fallen short.

Of course, his perception had changed when he found out the guy she’d left him for was his supposed best friend. The two of them had been screwing around behind his back for some time before they went public with their affair.

Seth opened his eyes, released the breath he had been holding, and resolved himself to the demands of his job. The past had a way of wanting to hold you prisoner.

He refused to wear the chains.

Odd that he found himself kneeling beside her once again, only this time her body was lifeless. Sadness settled in as he surveyed the evidence with a discerning eye. It wasn’t hard to miss the large band of hot-pink duct tape wrapped several times around her neck. A pool of blood stained the carpet beneath her shoulders, the coppery smell unmistakable. Lying on her back, arms flung out to the sides, her fingers curled to reveal chipped black fingernail polish. There were dark circles under her vacant, haunted eyes, and a purple bruise marred her right cheekbone. Smoker’s lines fanned out around her mouth. Lips faintly stained with an orangey-red color. Needle tracks scored both of her arms. A user.

Time had not been her friend.

Rage tunneled through him, mixed with regret for what she could have been, and should have been. He found himself fighting against the urge to grab her, shake her, and demand answers. How could she throw away everything they’d had together for this?

Seth knew he had to rein in his emotions. He leaned one elbow on his knee and pinched the bridge of his nose. His heart fueled to a faster beat. He cleared his throat and silently vowed he would find who did this to her, and nail his ass to the court wall. It was his job and he owed it to her, for the good times they had shared.

Voices from the forensic guys blended behind him and brought him back to focus. The crew would be done in the living room soon, and head in any minute to report their preliminary findings.

He resumed cataloging the facts. Her plain grey t-shirt, saturated with blood, was tucked into black sweatpants. The dark sock on her right foot had a hole in it, and her big toe peeked out, painted with hot-pink polish.

Seth frowned, leaned back, and scanned her from head to toe again. Something wasn’t right. He moved closer to inspect the body.

What can readers expect in the coming months?

I have a romantic suspense coming out in November called A CAPTIVE HEART and it is the first of three completed stories in the heart series.

What are you working on now?

A small town series set in the heart of the Midwest which has elements of paranormal, mystery and my signature humor.

Where can readers purchase their own copy of SWITCHED IN DEATH?

Where can you be found on the web? (web site, blogs, social network links)

Thanks so much, Sherry, for being here in the spotlight this month. I wish you the best of success with SWITCHED IN DEATH. (I already know it's a page-turner :) 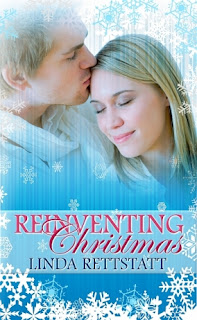 Reinventing Christmas is a fun and cozy holiday story stuffed full of a stocking’s worth of humor, family, and second chances at love. It makes for a wonderful read any time of the year, but most especially during the Christmas holidays when we’re all looking for proof that anything can happen. Whether the snow is piling up outside or the summer sun is blazing down on your shoulders, Reinventing Christmas is perfect for any season when love is on the line.
Read the full review here: 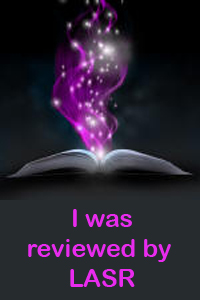 Reinventing Christmas is now available in both ebook and trade paperback at Champagne Books
Posted by linda_rettstatt at 9:39 PM 1 comment: 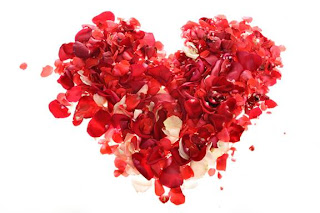 February is the month of Valentine's Day and romance. Come and join the authors of Class Act Books as we celebrate romance on February 4 and 5 at Ravencraft's Romance Realm blog. Chat with authors and win prizes. 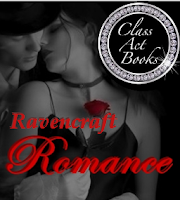 I'll be offering a pdf copy of my book, Renting To Own, and also giving away a goodie bag that includes a Writing for Women tote and lots of good stuff inside. Just click on the logo above to join us at Ravencraft Romance. 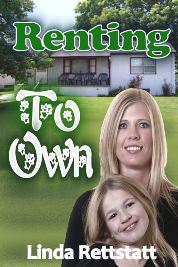