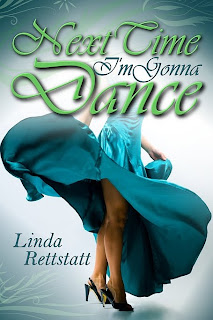 Next Time I'm Gonna Dance is now available in Trade Paperback, as well as in e-book formats, from Champagne Books. Just click on the thumbnail pic and visit the Champagne Books bookstore.

Thanks, everyone. Oh, and if you purchase a copy, shoot me an email with your mailing address. I'll send you a specially designed, signed book plate and a few other goodies.

Posted by linda_rettstatt at 12:07 AM No comments:

Tools for Creating a 3D Character

I've invited fellow author, Kimberley Dehn, to come by as a guest blogger and share her expertise on Creating 3D Characters. Kim is the author of the romantic comedy, Southern Exposure-one of the funniest, most enjoyable novels I've read in a very long time. The book finaled for a 2009 EPIC e-Book Award, and rightfully so.

While Kim is here, I'm going to slip over to her blog and talk about Research (link appears at the end). Please stop by. 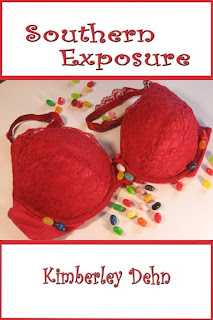 I’ve yet to meet a writer who picks a character out of the blue and fits her into a plot. For me, plot and character go hand in hand in a joint effort to flesh out both story and character growth.

Debra Dixon’s Goal, Motivation and Conflict method of character and plot development combined opened doors for zillions of writers like me. I cannot begin to write a story until I use Deb’s GMC chart. With a plot idea in mind, sometimes nothing more than a scene or a vague character sketch, I begin fleshing out the character by using the chart. What does my character want (goal), why do they want it (motivation) and why can’t they have it (conflict). The chart helps you to delve beyond the surface of both internal and external emotions and needs. Once I have a strong chart, for me, the plot takes on a new life.

I next try out names. One of my favorites is Character Naming by Sherrilyn Kenyon. The book is divided into ethnic diverse lists, and has a paragraph up front telling about that particular naming system. The lists offer surnames, female and male lists, with meanings attached to each name. Not only does it include the usual Anglo, French, German, Italian…but also Egyptian, Persian, Polish, Thai, Portuguese and the like. Celebrity sidebars give insight to how authors like Hallie Ephron, Jennifer Crusie, and Jodi Picoult name their characters.

I keep note of several possible names because sometimes, when a plot gets rolling, you may discover the name you originally picked doesn’t work. I originally named the heroine of Southern Exposure, Mikki Highsmith. I needed a spoiled rich girl. However, as my story smoothed out into a coherent plot, I realized I needed her to be softer. Not a hard caricature. I renamed her Katharine Hubbard with the nickname Kat. Just by changing her name, my opinion on her changed, and she became someone I would enjoy hanging out with instead of someone I rolled my eyes over. Names are the ultimate in character development. Names give the reader an unconscious impression about the character. Find that hard to believe? What if Margaret Mitchell called her hero Wilbert Walker instead of Rhett Butler?

After I have a name, I interview the character. I have been interviewing my characters for twenty-some years, long before I became remotely serious about publishing, never realizing it was a big deal until author Vicki Hinze asked me if she could include my interview questions in a writer’s handbook she was developing. Through Vicki and like authors, my character interview took momentum and now more writers than not are use it.

I imagine I am sitting down with my character to ask her questions. Not the bland, boring type of questions like where were you born, blah blah. I am my character’s trusted confidant and I’m there to get her to open up and tell me her deepest, darkest secrets. To unload, so to speak, about what might be bothering her. I hope it pertains to the plot I’m trying to develop but ya know…sometimes my character surprises me. She will tell me things that will sometimes destroy my original plot sketch and open up a whole new can of worms, but in a good way!

The interview is all about the emotion. Even light, funny plots can become emotional and therefore give a richer, satisfying layer to your plot, if you let go of your need to make your characters do what you want them to do, and instead allow them to become who they are. Anyone who is not a writer will think… ‘Okay. Call the funny farm. I’ve got me a live one here.’ But you know--if you’re a writer--you know what I’m talking about. How characters take on a life of their own, write themselves and you as the author are nothing more than the conduit to get them on page so they can breathe and tell their story.

Fleshing out personalities can be both fun and exasperating. The idea of course is to make your character people 3D and realistic. This is when I pull out Love Lives by Carole Golder. Its intention to is build relationships through astrology using star signs, but I’ve found it to be incredibly helpful as a writer to know what sign my character was born under and use the personality aspects that go with that sign to round out my characters. The book will flesh out a sign, like Capricorn, and describe the signs personality aspects in detail. Then it says…How you see Taurus. How Taurus sees you…and so on throughout all the signs. The later part of the books talks about the Capricorn Man. The Capricorn Woman. This book has been on my shelf for at least fifteen years, and no, you cannot borrow it. It’s become that sacred to me as a writer.

There are so many books out there to help you create a rich, 3D, fully developed character for whatever plot you’re striving for. I’ve listed below some of the books I’ve used over the years. The trick is finding what works for you.

The New Cover for Shooting Into the Sun 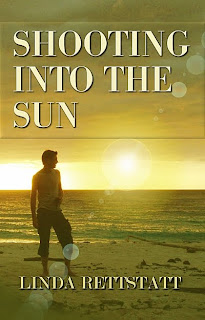 Here is the cover for my May publication with Champagne Books -- Shooting Into the Sun.
And here's a blurb:
When people are about to do the wrong thing, they don't look you in the
eye. Parents were no different.

"Never shoot into the sun"--this was the
last rule of photography Rylee Morgan's father taught her, right before he got into his car and drove out of her life. This and other rules she had learned had made Rylee a talented and sought after nature photographer. The rules she developed for life, however, had not served her so well. Instead, they left her alone and guarded.

Sixteen years later, Rylee thinks she has located her father across the country in California's Sonoma Valley. She accepts a photo assignment that will land her near San Francisco where she intends to do some exploring and find the truth. But it's what she learns along the way that forces Rylee to change her views on life and take a chance on love.

While you're waiting for Shooting Into the Sun, feast your eyes upon one of my other six novels already published. Just check out the My Books section on my website: http://www.lindarettstatt.com/

I've returned home from attending EPICon 2010 in New Orleans. And I returned a bit lighter. I sold a few books--and I didn't have to worry about packing that pesky EPIC e-Book Award. Okay, so I'm disappointed I didn't have to pack up an award. But I'm keeping things in perspective. I have six novels published, and two of those have finaled for EPIC Awards. I'm proud of that accomplishment.

As for EPICon, it was such fun to meet a few folks I've only gotten to know on the EPIC lists. I did bring home information that will further my writing in the future. And I had a great time in New Orleans. What a city! We walked right smack into the middle of an Irish parade on Friday evening--a practice, they said, for St. Patrick's Day. Saturday offered an Italian parade, complete with floats and girls in taffeta dresses. You've gotta love New Orleans.

And then there were the beignets. If you've had beignets, I need not say anything more. If you haven't, you can't possibly understand. (Maybe I didn't really come home lighter?)

I send out my congratulations to all the EPIC e-Book Award winners. Hope to see you all again next year in the finals. 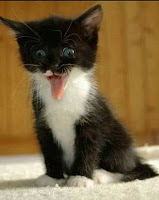 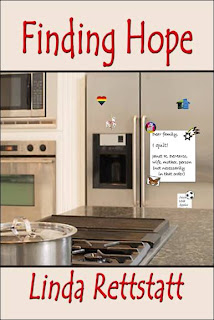 I'm preparing to take off on Friday morning for New Orleans and EPICon 2010. FINDING HOPE has finaled for an EPIC e-Book Award in the mainstream category.

I'll be sure to post on Sunday after I return home to let you know how the awards ceremony turns out. I offer my best wishes to all other authors whose works have finaled this year.

I'll be signing my books at EPICon at the New Orleans Sheraton hotel on Saturday, March 6 from 3:00 to 3:45 p.m., so if you're in the vicinity, please stop by.