Who Am I To Judge? 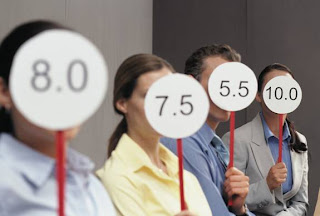 Most of us have, at one time or another, entered our work in writing contests. And more than a few of us have served as judges for contests. When I was first invited to judge a contest for an RWA chapter, I mulled the idea over for a few days. Sure, I'd written a few books by then. And, yes, two had been published. But I still heard that nagging question, "Who am I to judge someone else's writing?"

One can get caught up in a debate about the qualifications of judges for writing competitions. Should the first round judges always be published authors and/or editors? Does having a book published prove one possesses the skills needed to judge another's work? And we can't dismiss the subjectivity involved in judging another writer's work. Each of us has our strong areas and our weaknesses, even as published authors. And we all have our own preferences as to what we like in a story, in the plot and in the characters. We can't divorce ourselves completely from those preferences, even when we're handed a scoring sheet to follow.

I've been on the receiving end of having my work judged for a competition. It can be exhilarating, humiliating, affirming, clarifying--or all of the above. In discussions on the topic with other writers, what I hear most people say is, "The real value of a contest lies in the critique and feedback you receive. That helps you to improve your writing." I agree, but I also think there's more to it. I think we enter our work in writing competitions with the same optimism a mother submits her child's photo to a 'most beautiful baby' contest. We believe we have the most beautiful baby and will win the grand prize. No one wants to have their submission returned with a note that, in effect, says, "Your baby's just not cute enough."

Some things I think we need to be mindful of when putting our work out there for judgment:

* Be prepared for the best and the worst in feedback (what you'll probably get is something in the middle).
* It's not the end of the world if you lose; it's not the Pulitzer, if you win.
* You can learn from the feedback of both the best and worst of judges. You will learn to be discriminating about your own work, to begin to trust what you know is true in your work, even if someone else doesn't see it. And you will learn from the better judges how you can make your sentences tighter, crisper, and more active.
* Every opinion is just one person's opinion. I don't want to minimize the value of a judge's opinion, but urge writers to keep the feedback in perspective, just as you would with a critique partner.
* Don't be discouraged. Use what is offered that will strengthen your writing; leave the rest and move on.
* If you keep entering contests and you keep getting the same negative feedback--work to improve your skill. Don't write it off as being the fault of judges who know nothing. One judge may know nothing; a second judge may be having a bad day and/or know nothing. Five judges can't all be wrong.

And for those daring souls who agree to serve as judge:

* Start by remembering what it is like to be in the other pair of shoes, the other person's skin--sending your baby off to judgment.
* Follow the guidelines given for whatever particular contest you are judging.
* Read each entry more than once. I don't think anyone can fairly judge twenty-five pages of work at first glance. Give the work the time it deserves. Not only is this someone's blood and sweat, their heart's work that you're holding in your hands, but they've no doubt paid a fee to have you examine and judge the work.
* Be honest, fair, and kind. Some people think that being honest translates into being cutting, harsh, or demeaning. No--that's just being mean.
* Explain your scoring--Most score sheets allow space for comments. If it's a low score, what would the writer need to do to improve? If it's a high score, what has he or she done remarkably well?

Now, do I think a contest judge should be a published writer? Yes, and no. Yes, I think a first-round judge should be published and know the writing process (this could include editors). No, I don't think ALL published writers should be judges. A number of people can write, but not well. And some of those get published because a really good editor makes their work publishable. We all need editors for our work, but those writers who manage to get published, but struggle with the basics of good writing should not be judging someone else's writing. And, yes, that does happen. Of course, that's just my opinion. You may differ.

What have been your experiences with writing competitions--as a writer and/or as a judge? I'm off the soapbox. It's all yours. 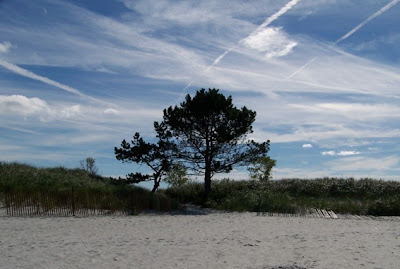 I am the first to admit that I love the look, the feel, the smell of one of my own brand new books. But as we celebrate Earth Day, I take a moment to pause and consider ways I can be kinder to Mother Earth. Yes, the manufacturing and use of electronic devices has other effects on the environment. There are arguments on both sides of the table for and against electronic publishing versus traditional print publishing.

If you don't know about electronic publishing and e-books, take time today to educate yourself. Then you can make a well-informed choice. Here are some handy links to help:

Or type the words 'electronic publishing' in your browser and do a bit of research.

Have a Happy Earth Day!

Posted by linda_rettstatt at 8:43 PM No comments:

I've just spent the past two weeks packing, moving, and unpacking. Even as I write this, I'm using the laptop screen to block out the stack of file boxes that hide my new fireplace. Most of you already know this--an event such as packing up and moving to a new place is chaotic. Even for the most organized among us (not me--but there must be one here.)


I don't do well with chaos. I function best when my life has a good measure of order and balance. These weeks have taken a toll on my writing, as well. But it's brought me to a realization of the importance of balance.


Okay, I don't know about you, but I've just about stopped breathing at this point. And I feel as though I'm ready to topple under the weight of all of these demands. I think balance is essential to productivity.


Here's the question of the week: How do you maintain a balance with your writing and all of the other demands on your time? Narrow it down to only the writing-related demands and activities. How do you engage other writers in groups, share critiques, maintain your own Web site and/or blog, and still do justice to your work?


Oh, I don't have an answer for you. I'm hoping you have one for me. I'll keep checking in, while I wade through the boxes, the three manuscripts I'm writing at once, the one manuscript I'm ready to toss out the window, the critiques I've promised, check the activity on my thirty-two Yahoo groups, and update my Facebook page. Twitter? Oh, please. You've got to be kidding.

What book or author has you hooked?

I have a new addiction. It's right up there with chocolate and audio books. And if I don't get my daily fix, I get irritable and cranky. Okay, so I admit it--out loud. I am addicted to Lisa Scottoline novels. There, I've said it.

I have a fifty minute commute to and from work each day. To break up the monotony, I started listening to audio books. After having heard Lisa Scottoline speak at the New Jersey RWA conference last October, I bought one of her books on CD--Mistaken Identity. I was immediately hooked. I moved on to The Vendetta Defense, then Moment of Truth. Now I'm listening to Dead Ringer. I absolutely cannot stop. I could more easily put down the Godiva. Seriously.

I started to think like a writer, analyzing what it is about Ms. Scottoline's writing that grabs me by the throat and holds me to the end. While it may be an unflattering metaphor, I concluded that her books are like a high-class buffet (if there is such a thing). In each book, I am greeted by three-dimensional characters that are fully developed--you love them, or you hate them--but they're as real as they can be--solid meat and potatoes. There is an art, I think, to creating characters the reader can so deeply sympathize with that they have to know what's going to happen next (which explains sitting in my carport for twenty-six minutes with the engine running.) I can't wait to see how Bennie Rosato is going to get out of her current mess. There is also an art to finding just the right blend of tension and humor. It's like whipping up the perfect cheesecake, light but with a consistency that holds it together. (Okay, I see a developing theme here, so I'll stop with the food references. It's making me hungry.)

Granted, with audio books, the narrator has a lot to do with how the book comes across to the reader. Barbara Rosenblat is brilliant in her performances. She actually convinces me that six different people are narrating the book.

So, what book or author has you hooked, and why?

Linda
Posted by linda_rettstatt at 2:00 AM 3 comments: