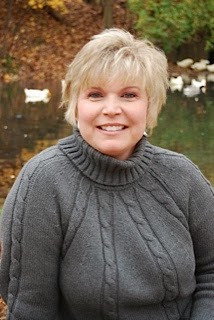 Author Tracy Broemmer writes stories from the heart with characters that draw us into their lives. Her stories are insightful, captivating and ring true. So I invited Tracy to be my guest and to share an experience to which most of us, especially women, can relate.

My mom is the third youngest of eleven children.  I am the fourth youngest of fifty-five grandchildren on Mom’s side of the family.  Being one of the younger ones, I’ve watched many cousins suffer the loss of their parents.  In the stretch between April of 2007 and October of 2009, seven family members (one cousin and six aunts/uncles) passed away.  Of course, I grieved.  You might assume that with a family so big, we aren’t close and maybe, at first glance, it would look that way to the casual observer.  Obviously, we don’t all see each other every day.  In fact, there are long periods of time when I don’t even get to see the four cousins I am closest to, whom I’ve always felt are brothers and sisters, rather than cousins.  However, we’re tight-knit, and when there’s a wedding or a reunion, we try to be there, and we love to celebrate together.  And when there’s a death, we grieve together, and we remember the good old days, and we rally around the family who’s lost someone.

My mom is 74, and two years ago, you could often find her in my backyard, either squatting to catch for my son, who pitches-my then twelve-year-old son who throws a wicked fastball.  I can’t catch my son; I can’t squat because of a knee injury from my days on the mound many years ago.  If Mom wasn’t catching him, you’d likely find her with a bat, standing in so my son could envision the strike zone.  (Mom’s been nailed by a few pitches in her day, starting with me when I was younger and had to throw a hundred pitches a night) and yes, my son has drilled her a couple of times.

A year or two ago, Mom could have gone to my son’s baseball practices and played circles around most of the boys on the team.  She’s got an arm.  She can catch anything.  Five years ago, if you’d have asked her if she wanted to play slow-pitch again in the women’s league at the K of C or the local park district team, she’d have said yes, and you’d have seen her on the field.  And I’m betting she’d have still had it, or most of it, anyway.

Mom’s watched seven of her siblings deal with illnesses.  She sat with her sisters when they passed away.  I visited one uncle with her, when he was on his deathbed.  One uncle died in a bizarre accident.  I’m not sure what was worse, watching the long, drawn-out illnesses or the shock of the bizarre accident.  I do know that each of these losses has taken a little slice of her heart.  Right now she’s spending her time worrying about two of her sisters, one who has reached the stage where she remembers so little of current days and everything of their younger years and the other who had a heart attack and triple bypass surgery last July.

And while I worry about those aunts, I’ve suddenly realized that my mom has aged.  She’s dealing with some health issues of her own, though I don’t believe anything is life-threatening at this point.  (She will be undergoing some tests later this morning, and I’m praying for good results.)  There are days when I look at Mom (I’m an only child, so we’ve always been very close) and I see her.  I see the strong, vibrant woman I’ve always known her to be.  And there are days when I look at her, and I see that she’s aged so very much in this past year and seeing her becoming a bit frail, forgetful, and so often not feeling well breaks my heart.

I never wanted to be here.  As an only child, my parents’ care will be on my shoulders.  I understand that, and I will be there for them.  My family and I will do whatever my parents need, because we love them.  But, I’m scared.  It scares me to look at my parents and realize they’ve gotten older.  I don’t want to say that my mom is elderly.  I want to walk out on my deck and find Mom with the baseball glove on, squatting behind home plate, catching my son.  At the very least, I want to see my dad catching my son and working with him on his off-speed pitches, while my mom stands in with a bat.

I’m not ready to be a caregiver for my parents, only because I’m not ready to admit that we’ve reached the stage where our roles are reversed.  I guess it’s denial.  I want to look at my parents and see them as they were when they were my age, middle-aged, I guess.  I don’t need to rewind time and be younger.  I’m actually pretty happy with who I am these days.  But I sure wish I could take Mom and Dad back in time and make them whole and healthy and young again, just so I’d know I’d have them around for another thirty or forty years. 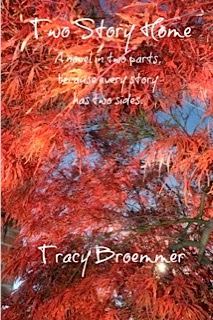 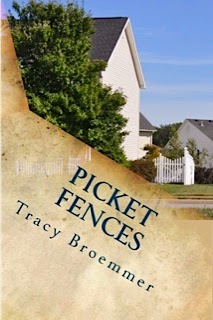 To read more about Tracy and her other books, visit her website at: