COMING SOON: Renting to Own 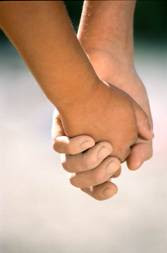 I just finished the edits on Renting to Own, due out in August from Class Act Books. I fell in love with the story all over again, so I thought I'd share a blurb and short excerpt with you.

Back cover blurb: Lily Champion's life has been anything but stable—until now. She has a good job, a house she is renting to own, and a soon-to-be-five year old daughter, Chelsea. But, true to her past, the ground soon begins to shift beneath Lily, threatening her foundation once again. It takes all of her determination and trust to make peace with the past and restore her hope for the future. Falling in love, however, was not a part of her plan.

Not now. Lily Champion looked at her watch—five-twenty.

Veronica Steadman appeared in the doorway and glared at her. "Lily? Now, as in right now?" She turned and stalked back into her office.

Lily grabbed a steno pad and followed. Veronica sat on the edge of the polished oak desk, the phone to her ear. She waved a finger, indicating Lily should wait. Perspiration dampened Lily's palms. She couldn't be late again to pick up Chelsea, and she couldn't just walk out on Veronica.

"You're pacing like a caged cat. Sit down," Veronica ordered, hanging up the phone.

"Can this wait until tomorrow? It's after five o'clock, and I have to be somewhere."

"Where you have to be is right here. I'm scheduled for court first thing in the morning, and I need you to go through these depositions, make sure there aren't any typos."

"I'll take them with me and meet you at the courthouse at seven-thirty in the morning."

"No." Veronica sat behind her desk, leaning back in the leather chair. She locked Lily in a piercing stare. "You must get your priorities straight. I need an assistant who wants to work. A lot of people would be grateful for this job."

"I do want to work, but I also have other responsibilities. I can't leave my daughter at the daycare center past six o'clock."

Veronica waved a hand through the air. "Then I suggest you hire a nanny or something. If you want to keep this job, you'll get it worked out. And if you're going to continue as my assistant, you have to be available to work my hours." She leaned back in the plush leather executive chair and swiveled from side to side, oozing self-importance.

Lily imagined the chair tipping and Veronica crashing through the glass window, falling to the pavement twelve stories below. She shuddered.

Veronica leaned forward and snapped her fingers. "Hello? You haven't heard a word I've said. I hope you're more of a help to Arthur than you are to me. Otherwise, I don't know why we keep you."

With mechanical movements, as if she'd stepped outside of her body, Lily stood. Her hands balled into fists at her side. "Veronica, I think I have my priorities straight. And, you're right, I'm not the kind of assistant you need. I have a life apart from this office, an important one." She paused to swallow and to still the quiver in her voice. "I-I think you need to find someone else. I'll clear my desk on my way out."

The screech followed her from the room. "You can't just walk out. You have a job to do. You have to give reasonable notice." A pause. "Don't even think about asking for a reference."

In her mind, Lily flipped a middle finger at Veronica. Here's reasonable notice. She dumped her few personal items into a plastic bag and carefully placed the framed photo of her daughter in her purse.

The elevator made a slow crawl to the twelfth floor. Once inside, Lily pounded on the button for the garage level. She raced through the parking garage and, with a shaking hand, shoved the key into the ignition of her old Toyota. She fumbled in her purse for her cell phone and dialed the daycare.

"Mrs. Colucci, this is Lily Champion. I'm running late, but I should be there in ten minutes, fifteen max. I know. I'm sorry. It won't happen again."

It sure wouldn't happen again. With no job, she couldn't afford daycare. But with no job, she wouldn't need care for her four-year-old daughter. Lily's stomach burned as she realized what she'd done. She lived paycheck to paycheck, and she'd be lucky to get one for this past week, having failed to give reasonable notice.

Tears stung her eyes and she wiped them away angrily. "Just because that bitch, Veronica, doesn't have a life, it doesn't give her the right to judge mine," she muttered, lurching the car to a stop in front of the brick ranch that housed the Small World Daycare. She glanced at her watch. "Shit."

Mrs. Colucci met her at the door. "Lily, we've been through this before. We close at six o'clock sharp. It's not fair for you to be late so often. I have a family, too."

Chelsea ran to Lily, throwing her arms around her waist. "Mommy, I thought you forgot."

"I would never forget you."


Renting to Own, coming August 15 from Class Act Books

Linda
Posted by linda_rettstatt at 9:24 PM