L is for Layering 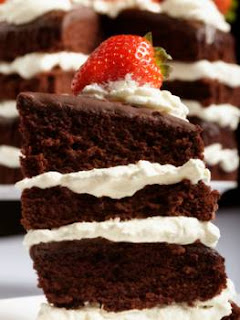 This week, our next stop on the Writer's Alphabet blog brings us to L - for Layering. I want to welcome fellow author and good friend, Kimberley Dehn.


Layering brings depth, drama, conflict and surprise to a simple, straight forward plot that, without twists and turns, will bore your reader: a cardinal sin!

Layering means constructing your story in stages, bringing first-draft, one-dimensional characters to life; splashing color across your scenery. Layering connects scenes and subplots, and gives cohesion to your character’s goals, motivations and conflicts as the plot thickens. It strengthens your story by slowly peeling away the apple skin to reveal the core hides a rare diamond. Layering divulges your mousy banker’s wife character wears red lingerie and gets a thrill from shoplifting. It exposes the body lying beneath an award-winning garden.

How you layer your story is unique to each author. For me, after I’ve sketched out each chapter with plot, scenes, characters and conflicts all doing what I want them to do, I then begin my second draft. Revision is layering. I look at my plot and think, how can I complicate this simple idea? I know more about my characters in the second draft than I did in the first, so when I revise my plot I also revise my characters to have them connect and enhance one another; to add depth and diversity.

In my first draft my bankers wife accompanied her ambitious husband to a company picnic at the home of his employer, the bank president, but I did nothing more with her. In my second draft, I have her steal a pretty bracelet. My initial intention is to cause her husband grief when he finds out. But then I realize I can have her wear that bracelet to a garden club event where one of the members recognizes the bracelet as belonging to her sister who is rumored to have run away with her married lover. The bracelet is a one-of-a-kind valuable heirloom; something her sister is never without. Her sister is missing. The woman demands to know how the banker’s wife got the bracelet, which puts the banker’s wife in a bad position as she stole the bracelet from inside the bank president’s house. Hm!

My first draft sketched my kleptomaniac banker’s wife as a chink in her ambitious husband’s armor, but through layering I realized her petty theft thrills were an ideal catalyst to unearth a murder and the desperate actions of the murderer hiding in plain sight.

Layering is also done with descriptions to enable your reader to see your fictional world in living color. It daubs in the five senses (my own characters rarely breathe before my final draft). Stilted dialogue is massaged to sound natural and also to define each character. Foreshadowing is blended in, alluding to in the first chapter what will be revealed in act three.

If I’m working on a complicated plot, I will take each subplot one at a time and follow it through the entire story, looking for ways to enhance the other plot threads. Layering in stages also helps you to balance a scene originally written with excessive narrative, dialogue or description. Layering applies not only to adding to strengthen your story, but also subtracting. Tweaking. Cutting away the excess to hone your plot and characters into the essential of what is necessary to tell your story without a single word more.

Things to consider when you layer:

Scenes: each scene must serve a purpose. If it reads more like an information dump, take it apart and weave the information into other, stronger scenes. Also, is your scene visible in that your reader is able to see what your character sees?

Characters: do the primary characters have solid goals, motivations and conflicts? Are they interconnected and conflicted to build strength? Give your secondary characters something important to do. A waitress serving your character can also innocently reveal a vital clue. Do your characters possess five senses? When they sip that latte, will your reader taste the vanilla flavoring? Will a revolving overhead fan give the character a chill, or waft a familiar perfume into their nostrils that may reveal a clue?

Layering is an essential part of bringing your story to life. Plot arcs are defined. Character flaws are revealed. The stage is set and the plot thickens!

Kimberley Dehn’s debut novel, SOUTHERN EXPOSURE, a romantic comedy, finaled for a 2009 EPIC e-Book Award and acquired several pre-published awards for best novel. “I love offbeat comedy and sassy dialogue. If you’re looking for a poignant story steeped in true to life…you won’t find it under my name. I want my readers to suspend belief and just have a laugh out loud good time.” 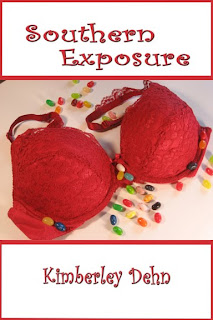 Kim is also the creator of The Character Interview, and Launching the Novel workshop, and has written numerous articles for novice writers. She also wrote book reviews for Romance Forever magazine. Besides her addiction to storytelling, Kim enjoys photography (check out the shadow ‘cleavage’ on my book cover), traveling, and is a passionate animal lover who is determined to save the world, one kitty at a time.

Interesting way to explain what we do when fleshing out a book. I never thought of it as layering. Thanks for something to think about.

That's an excellent post on layering - a lot to think about and absorb. Thank you, Kimberley!

An excellent summary of layering. Thanks, Linda, for hosting Kim on your blog. I learned some things.

Thanks for sharing your technique. It's interesting how each author has a specific view of something others may not have considered. It gives me pause to see how or if I consider layering as I write. I think, like you,I go back and add touches to go deeper. Thanks again
www.lynnromaine.com

Excellent blog. Thanks for sharing, and thanks for making me take a second look at what I'm doing. Very good information.

Is the banker's wife in Southern Exposure? Because I definitely want to read that novel!!!

Thank you all for your nice comments. When Linda suggested I write about Layering because I was good at it, I had to think about what I do to bring a story and characters to life. I'm both a heavy reader and a movie buff. For me, they go hand in hand when I write. So layering to me is also visualizing minute details that will enhance a character, a scene or even the whole plot.

Palmaltas--re the banker's wife, she will be making her novel debute in a future book. But if you liked her, you will love my Southern Exposure characters...especially Stevie, the tomboy hellion daughter of Dean, the Mayor of Potter's Kiln. I had to sit on Stevie to keep her from taking over the whole book!

Great blog. I really liked the way you described what needs to be done. Obviously you are a plotter, which probably makes layering a bit easier for us than for panters.

Kim has taught me a lot about the value of plotting and layering in the story. As a pantser, it's a stretch. But I'm teachable (when I want to be).

Thanks, Kim, for being here today. And if the rest of you want to see a good example of what she's talking about and have some great laughs, read Southern Exposure.

Really enjoyed reading your post. Loved the title. As you stated-- how every writer fleshes out their work is unique to them but so necessary. Best of luck with your book Southern Exposure.

Thank you for a very enjoyable blog. You made some very valid points that I am definitely going to keep in mind when writing.
Claudy

Linda, (also starts with an L:), I've nominated you for the 'stylish blogger award'. Please stop by to pick it up.
www.sandracox.blogspot.com

Thank you so much for the honor. I'll stop by and accept my award. It's was so gracious of you.