Q is for Query

This week I'm pleased to welcome author Elaine Cantrell who gives us the 'dos and don'ts of the dreaded Query Letter.

In several places on the internet I’ve heard people moaning over the “dreaded query letter”, and I understand why people dread writing them. This is your first chance to make a good impression on an editor or assistant editor, and you don’t want to blow it. They probably don’t spend more than a minute on each letter, so if yours doesn’t stand out they won’t request your book. The query letter is so important some publishers have guidelines explaining how to write them on their websites. If a publisher does offer guidelines, you should follow them to the letter.

I don’t claim to be the world’s foremost authority on writing query letters, but I do have a pretty good track record. A large percentage of the time when I send one the editor asks to read the manuscript. They don’t always take the book, but they do read it. So this is how I do it. Be aware that the procedure for an electronic submission and a paper submission isn’t much different.

First, look to see who you should send the email or letter to. If it’s an electronic submission, sometimes, it only says to send it to submissions@, but sometimes you have to direct the email to the appropriate editor. If that’s the case be sure you spell the name correctly.

1. Be professional. Don’t go on and on about your kids or pets. The editor isn’t interested.

3. Remember to include your name, address, email, and phone number.

4. Include any awards you’ve won and an overview of your publishing history. It’s okay to put your best foot forward here, but don’t tell the editor how much your friends like the book.

5. Keep it about a page in length.

6. Remember to thank the editor for his/her time.

7. Use standard, easy to read fonts like Times New Roman.

9. Send a stamped, self-addressed envelope with a written submission.

10. Single space your paragraphs, and add a space between paragraphs.

1. Tease the editor by saying, ‘If you want to know how it turns out, I’ll send my book to you.

2. Use gimmicks in a written submission. Sparkly confetti should not fall out of an envelope and coat the editor’s desk.

3. Use hyperbole. Your work should speak for itself.

4. Tell them who has previously rejected the manuscript.

5. Say that it still needs work.

7. Discuss more than one work at a time.

Now, let’s look at a typical query letter. I’m plugging in my pitch for my novel Return Engagement which the publisher did take. This publisher wanted electronic submissions to a submissions@ type of thing. I attached a manuscript and a full synopsis because that was what they asked for.

The editor's (or agent's) name and title

Elizabeth is lucky, for she has it all, money, fame, a satisfying career and a devoted fiancé. Her humble beginnings are all but obscured, but she isn’t the kind of woman Senator Henry Lovinggood wants for his son, Richard. Senator Lovinggood plans to make Richard the President of the United States; he’ll need a woman from a wealthy, powerful family by his side. Ten years ago he broke Richard and Elizabeth up, but this time it won’t be so easy, for Elizabeth wants to know what might have been. This time she’ll fight back, a struggle which ultimately leads to kidnapping and attempted murder and alienates her from the man of her dreams.

Return Engagement is a 90,000 word contemporary romance. It is my sixth novel. My first work, A New Leaf, was the 2003 winner of the Timeless Love contest. It was published in October of 2004 by Oak Tree Press. Since that time, I’ve had three other novels published and have signed contracts for two more. The tone of my work has been compared to Elizabeth Peters, but I believe it’s closer to Danielle Steele.

I was born and raised in South Carolina. I hold a Master’s Degree in Personnel Services from Clemson University and am a member of Alpha Delta Kappa, an international honorary sorority for women educators. I am also a member of Romance Writer’s of America and EPIC authors. At present I teach high school social studies.

I hope that my manuscript will be something you can use. I have attached the manuscript and a full synopsis to this email. Thank you very much for your time and consideration.

Some people talk about themselves before they give a little blurb about their book, but to me it makes more sense this way. Good luck with your query. I hope the first editor you query takes your book.


Elaine Cantrell was born and raised in South Carolina.  She holds a Master’s Degree in Personnel Services from and is a member of Alpha Delta Kappa, an international honorary sorority for women educators.  She is also a member of Romance Writers of America and authors.  Her first novel, A New Leaf, was the 2003 winner of the Timeless Love Contest and was published in 2004 by Oak Tree Books.  At present she teaches high school social studies.  In her spare time she enjoys reading, collecting vintage Christmas ornaments, and playing with her grandchildren.  Visit Elaine at http://www.elainecantrell.com/ and at http://www.elainepcantrell.blogspot.com/ .  She’s on Facebook at http://www.facebook.com/elainepcantrell and would love to be friends. 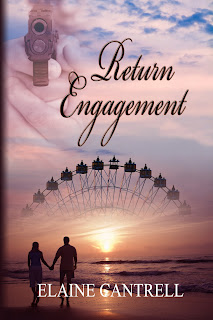 By the way, Return Engagement is number 5 on the Whiskey Creek Press best seller list. If you’d like to read the first chapter, you can find it at http://www.whiskeycreekpress.com/store/index.php?main_page=advanced_search_result&search_in_description=1&zenid=7fa33b46f4d99c91cd844487be68adb4&keyword=return+engagement
Romantic Times gave Return Engagement 4 ½ stars and said, ‘This touching story is beautifully written and explores the emotions involved when two people who love each other are influenced by outside forces and their own doubts. Each character is fully developed and the plot is filled with interesting twists.’ 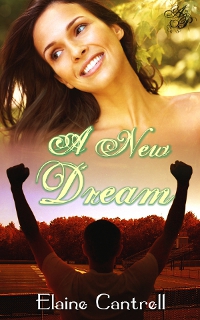 http://www.facebook.com/elainepcantrell   I’d love to be friends. Do send me a request.
Posted by linda_rettstatt at 1:44 AM

Brilliant post, Elaine, thank you. I've followed most of that advice but it's great to have it spelled out so completely.

Thanks for the post. I went and read an excerpt from your book. Engaging writing. Queries are a stop for many people - and you made it simple - lynn romaine (www.lynnromaine.com)

OMGosh, that is an awesome query letter, I want to publish it and I'm not a publisher! lol This is one of my weak areas, synopsis being next. Thank you so much for this post, I am so intimidated by your letter, credentials and credits....very helpful. Thank you.

BTW, have you written about writing a synopsis? I would love to read that as well.

It's always nice to get these reminders on the proper way to do things! Thanks for the post!

Hi Elaine, and thanks for the helpful post. I've also heard it said about query letters to "just stick to the facts, ma'am. And I think your example does. By the way, I'm your guest blogger today. See you later over there. Lionda

ELAINE-THANK YOU for the concise, complete run-down of query writing. This is one of the things I learned early on, and have sort of a "pattern" I use so I don't go off on tangents. But I like to see what others say,and I will tell you I agree 100% with your version. Excellent. Celia

Thanks to everyone for stopping by. I'm so glad that you found something useful in the post. Rie, if you ever become a publisher let me know!

Linda, your post for me was so enjoyable. Thanks so much for coming to my blog.

We're a wee bit late on this, but we just had to comment on how succinct and organized we found your article. We've started doing this eons ago, y'know when dinos roamed the land, and this thing called a t y p e w r i t e r existed, and we still had a moment of oh, that's a great idea!

We appreciate your brilliance, and Linda's postings.

Comprehensive explanation for how to write a good query. Thanks for sharing it with us.