Julie Eberhart Painter - How I Became A Writer 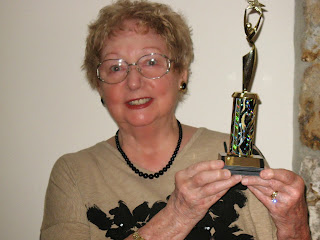 I'm so happy to welcome Julie Eberhart Painter who shares her story of becoming a writer.

From Slush to Mush, how I became a writer:

All my life, I was a writer. But I poised on the precipice for fifty years before letting go of the Zip Line and slipping from writer into author. Before that, I was the one who took the minutes, wrote the newsletter, and composed the PSAs.

Some other responsibility always seemed to come between me and my author chair. I will give myself one pat on the back: I never went to a party and said, “I could write a book.”

Then with the encouragement of a dear friend, I “got writing.”

My first long effort was called “”—isn’t almost everybody’s? When I walked into a book store to see where my genius might someday be displayed, I saw that in the Romance section alone, there were three Full Circlers that quarter. My first reaction was “Ah, a title that sells.” Fifteen years later, my much more sophisticated version, Mortal Coil, was accepted by Champagne Books.

The journey between writer and author is a long cinder trail: two steps up, one slide back. Long stories were forming. Soon I was not only reading about the craft, but taking courses from mainstream writers and going to Romance, Mystery and Florida Writers Association conferences.

While on that uncertain path, I wrote about writing. When I learned something important, I shared it. Later I branched out to favorite and familiar subjects such as nursing home abuse, hospice, and after a search for my birth mother, adoption.

Mortal Coil uses the nursing home setting because to murder a helpless old woman in her bed, cut off her hair and repeat that crime is the antipathy of what nursing homes are supposed to be about. The subplot is driven by a behind-the-scenes scandal of greed and neglect. (Lots of articles on this subject preceded my debut novel.)

Tangled Web includes my adoption search and speculation about my Welsh family. The non-identifying information is a word-for-word replica of a part of my documented information. My search generated many articles before I took it over the top to the emotional level with fiction.

Kill Fee shows that even a friendly duplicate bridge game can lead to murder. (Although bridge players have been known to feel the urge.) Without my years as a director for the ACBL (American Contract Bridge League), I could not have shown the game unfolding in the room with map-like accuracy.

Medium Rare takes our heroine from Kill Fee and turns her into the perfect sleuth to find the murderer who killed the medium who “saw all” among the crazy and motivated office staff in a medical setting. 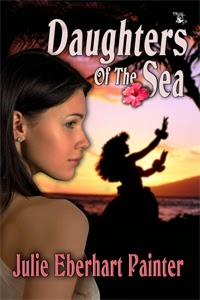 Daughters of the Sea, The legends of the South Pacific create the impetus for the book and set me up to also write travel articles. Legends make good blurbs describing visual scenes without disorienting the readers.

In January, Morning After Midnight visits the family dynamics of a shattered white southern family and our hero’s relatively upwardly mobile black friend in the midst of social unrest.

Bio:
Julie Eberhart Painter, a Pennsylvania transplant now living in Central Florida, is the author of ten books. A frequent contributor to blogs, Julie is a regular columnist at Cocktails, Fiction and Gossip Magazine, an online slick where she talks about fun stuff, such as families, books, art, music, travel and dance.
Visit Julie’s Web site at www.books-jepainter.com
http://bit.ly/17GtxDh for Bewildering Stories, my bio

Posted by linda_rettstatt at 7:31 PM

Wish I could spell Thank you??

Thank you for sharing your story here.

Julie, thanks for the glimpse into your very interesting history. Your books sound great - I love a good mystery. Best of luck to you!

That was very interesting Julie. So glad you made the journey from writer to author and offered the world your fabulous stories. You're one of a kind, girlfriend! Best, January

So far, every account of an author's journey that I have read has one common theme. There seems to be an eternal flame burning within. Therefore, for me the "long cider trail" is a particularly apt description.