I Hope This Is A Four-Act Play! 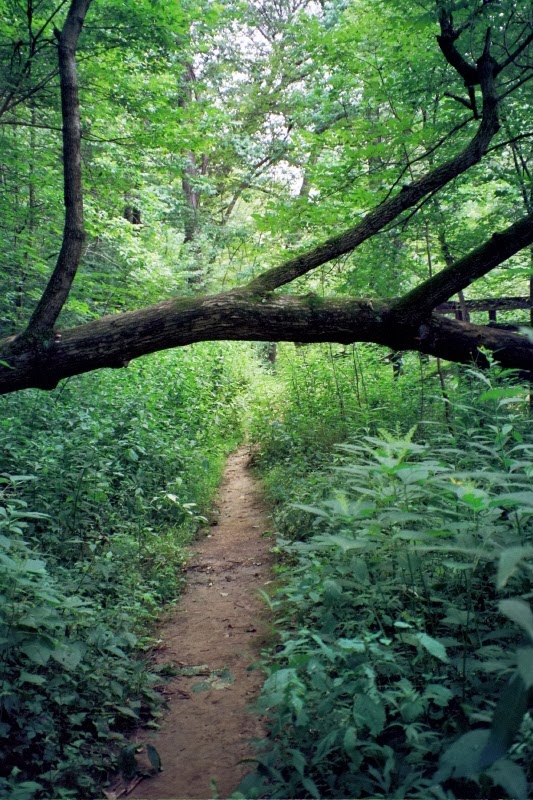 I’ve reached that stage in life—the ‘Third Act’ (a term attributed to Jane Fonda)—where one spends as much time looking back at what has been as one spends looking forward to what might be. It's a time of reinvention and re-creation.

Life has been separated into stages: infancy, childhood, youth, young adulthood, adulthood, middle age, and old age. This seems way too complicated and involves too many transitions for me. But I do think there’s a missing piece in here. It can be ever so brief, but it’s there. It’s that transition between middle age and old age. I don’t have a name for it, but I know it. I reached that stage at somewhere around fifty and I truly believe that’s when I became a woman, when I embraced womanhood. I orchestrated my own fiftieth birthday party down to the dinner napkins. I was determined to make it a true celebration of what had been and what was to come and I was the only one who knew me well enough to do it, much to the dismay of my friends who wanted to plan a party.

I found a great old photo of my parents probably taken around the time I was a toddler. I transferred my favorite baby picture onto the front of a tee-shirt with my birth date and, on the back, transferred the photo of my parents with a heading: Brought to you by…. It meant much more to me than those in attendance at my celebration could have realized. I was owning who I was and where I came from as I prepared to move forward. A lot changed that year. I not only turned fifty, I packed up and moved nine hundred miles away from home and took on a new job. I had a wonderful, spacious new apartment all to myself. I lived with ME. I took a step into that next invisible stage that was no longer middle age (let’s be honest, fifty is only the middle if you’re sure you’ll make it to one hundred) and not yet old age.

The following few years were a time not unlike adolescence but without all the raging hormones. (Okay, maybe not ALL.) It was a time of uncertainty, searching, trial and error, alternately loving and hating myself, discovering new truths and passions. It was a time of anticipation, knowing something new and exciting and fresh was just ahead. I only had to keep moving forward and keep my eyes (and heart and mind) open. It was a time of falling in love. With me. With the woman I was becoming. She was stronger, more perceptive, more certain in her opinions and quicker to express them. If I’d become panty hose, I’d have been called No Nonsense. My tolerance for nonsense was depleted. Every moment has purpose, meaning. Now that’s not to say there’s no fun. I became my own best source of laughter, much freer to see the humor in my own attitudes and actions and foibles. I stopped taking myself so seriously. I stopped worrying so much about what other people think or how they perceived me. I stopped being afraid to just be me.

We can focus on the changes that come with aging that are hard to look at and accept—our bodies shift and droop and sag (well, some of ours do), our memory might not be the steel trap it once was, we endure losses we never imagined in our families and friends. We sometimes fail to see the changes that should be celebrated and embraced—what some call the wisdom that comes with maturing.

I finally embraced my passion for writing. I’d always been drawn to some form of creativity—writing poetry and music, drawing and painting, photography, performing music. The gift that came to me when I slowed down, breathed in and let the gift come to me was that of writing. Serious writing. My love for books and the desire to write. I knew the instant I began that first book that THIS was my passion. It unearthed and released joy in me that had been too long dormant. Everyone’s passion is different and each of us will discover it in our own way and time. If we’re open. See, I believe that’s the purpose of this in-between stage of life. To stand in the middle and re-evaluate and pack up those things we truly need that will carry us forward, shed the things we’ve carried and that no longer serve us. Now every day dawns brand new. It always did, but who knew? Really.

Sometimes a sunrise and a sunset look remarkably the same. 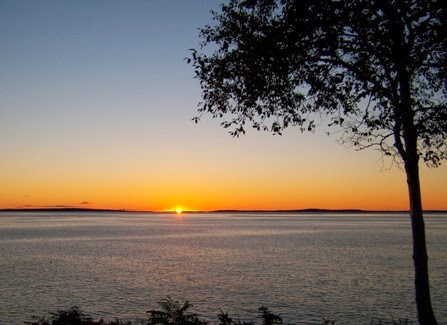 I was recently asked in an interview what I would like to say to my younger self. It’s the same thing I say now at this stage as I enter the Third Act of my life: Trust yourself more, worry less about what others think, and do not let fear hold you back. I would also add to that—know who your friends are and cherish them. We need each other on this magnificent, sometimes scary, always awesome journey.

I hope this is a four-act play because I’m just getting my speed up and ready to sail into
Act Three.

Posted by linda_rettstatt at 11:53 AM

I love the shoe reference. And this is a wonderful post. I'm in the fourth Act, and the ride has been thrilling. There's so much to life that we don't recognize, but you've nailed it. Take a deep breath, let your passion for 'whatever' take over and there can be no regrets. Thanks for summing it up so nicely.

Great post, Linda! I would be No Nonsense pantyhose too. I also agree 50 is just the middle--I have a lot of living left and I plan to make the most of it!!

This is one of your best posts, Linda. First I say - Indeed! Second Yeah for feisty older women who finally get all that stuff girls worry about no longer matters as we are now women. I have one complaint to add - not about your blogging but about friends of mine and friends of friends who make comments to other women of any age past forty 'You look so young,' and 'you look great--not even close to your age!' Let's start creating a conversation that aging and looking older is a place to get to - that with aging we represent all the wisdom and insight younger people struggle to find.

So glad this discovery came to you at fifty--I think I was seventy before I began to feel such self-confidence. I made it clear to my kids that I wanted a big party so I could say, "Hey, world! I'm 70. Watch out--here I come!" I feel I've grown so much and I look forward continuing my active retirement, not to old age.

Posting this for Carol McPhee who had trouble getting it to post.

I tried to comment on your blog but it kept coming up with the open ID error. So here is my comment:

I enjoyed reading your thoughts, Linda. Each stage of life introduces a growing awareness of the power of womanhood. Looking back makes it all the more awesome. Too bad wisdom comes at such a late date. lol.


Latest release - Natural Obsession - http://www.wings-press.com/Bookstore/Natural%20Obsession.htm
How could the desire for a child become so complicated?

Like you, I'm in the third act and it's so important to make each moment count. Thanks for the wonderful blog.

Good post, although we women over fifty have to also fight against the fact that much of society deems us as no longer viable.

wonderful post and you make feel excited about entering my next stage.
:) Patty L.

Thanks, everyone for stopping by and commenting. There is so much personal power in letting go of who we think we have to be or what we think we should be and just become ourselves.

Thank you for another wonderful, inspiring post. All the best!

Thanks for stopping by. I'm glad you were inspired.