I'm so happy to present my 31st novel, Chloe's Choice. 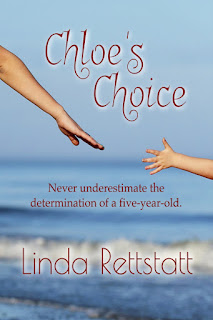 April Hanover returns to her small hometown in Delaware to recover from a bad break-up and to try to convince her father to retire and sell the family business. Mike Grainger moved back to Parkville after his wife died and left him a single parent to their young daughter, Chloe. His work as a contractor puts him at odds with the townspeople of Parkville, including April’s father and his own mother. April is not looking for a relationship. Mike can’t see another marriage in his immediate future. Chloe has other ideas. April and Mike soon learn you can’t underestimate the determination of five-year-old.

Chloe's Choice features not one but two seasoned romances. While April and Mike are looking for love in all the wrong places until Chloe shows them where they need to be, April's father, Hank, and Mike's mother, Eleanor share a friendship that grows into something more.
Chloe proves you should never underestimate the determination of a five year old.
We're living in challenging times right now, and it can be difficult to find something to smile about. It was a delight to write this story. I hope it will delight my readers as well.
Available now at: Amazon.com and at Smashwords.com
Posted by linda_rettstatt at 11:03 PM