A New Year, A New Book, and the Magic of Writing Free 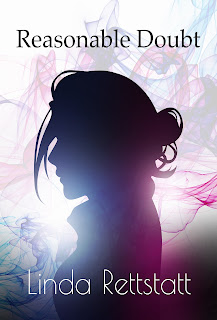 I started out chasing the same golden ring most writers chase--agent representation and a contract with at least a five-figure advance from a major publishing house. That's what we've been conditioned to pursue. We've also been conditioned to think that anyone who publishes with a small press or, heaven forbid, self-publishes is less of a writer than those who land a contract with one of the 'big five.'
In the course of my writing career, I have written under contract with four small press publishers. I turned down a contract with one significant publisher. I had agent representation for one year, but was not satisfied with the direction my work was being taken, so ended that relationship.
I shifted to self-publishing in 2014. One of the publishers I was with at the time folded and closed their doors. I had already severed ties with two others. My earliest books remained in the hands of my first publisher. I requested and was given back the rights to all of my published work. Then I set about rewriting, updating, finding new cover art, and republishing those books on my own.
I came across an online announcement in early December that a major publishing house had opened a limited time window to accept unagented submissions directly from authors. I got caught up in the initial excitement and rush to submit in hopes the publisher would contract my book. But I didn't have a book ready for submission. The deadline was January 9. One month away.
I set myself up with a challenge to write a book and have it edited, proofed, and ready to submit within that timeframe. I'd have to complete the first draft in fourteen days. I began feverishly to write a new book for this purpose.
I chased words around the page like a cat chases a mouse. I was determined, driven. Until--I sat back and revisited my reasons for switching to independent publishing in the first place. Why was I so caught up in having a book to submit to this publisher before the window closed? Did I really want to pursue traditional publishing with this or any publisher?
Deciding the answer to that question was a firm 'no,' I slowed down, took more time with the story, and it came to life. I was now writing from my heart, not my head. I wasn't driven to produce a product but, rather, engaged in the creative process.
I had written one book, Finding Hope, in seventeen days during a NaNoWriMo challenge. I could do it again. But I didn't. I stopped and realized that I have not pursued traditional publishing again because I prefer to publish independently. I enjoy the freedom and the control. I admit to finding the marketing aspect a bit overwhelming.
I slowed down, but still finished the first draft of Reasonable Doubt on January 12. After a beta read and a quick edit and proofing, the ebook published on January 19.
There are some who make assumptions about this--that's too fast, the writing has to be sloppy; no one can write a decent novel and have it edited and ready to publish in that short time; if you don't follow the traditional publishing path it's because your work is sub-par or you have no confidence in your writing. Well, you know what they say about assumptions.
Not all books are this easily written. Not all stories tell themselves so readily. Not all characters let you inside their heads and hearts so willingly. But when that freedom happens, it is magic, though I didn't pull this book out of a hat--or anywhere else anatomical. This is the way I love to write--the way I wrote early on in my career when the passion for writing drove me, and I didn't let the 'rules' or the naysayers slow me down.
So, here's to 2022. We're all a little bruised by the last two years. Let's hope this one is kinder to us all. I have lofty ambitions for this year. I have four more books in cue to be written and published in 2022.
Tell me I'm crazy. Tell me it can't be done. But do not tell me the book can't be any good because I didn't slave over it for five years and a hundred rewrites and then sell it for a five-figure advance. That last part is more of a dream most writers strive for but few achieve. I can put my energy into chasing that brass ring, or I can put my energy into writing what I love. And I don't have anything against my fellow authors who work that way. I applaud their efforts and successes.
We each have to choose the path that works for us. If you can write a good book in a month, do it. There's no shame in self-publishing, though some would like you to think there is. It's not a failure or a settling for less. It's a legitimate path to publication if you do it the right way. You are the publisher. You have to make sure the book is edited and the cover art is eye-catching and marketing is done to promote the book. So, in whatever path you choose, be shameless. Forge ahead with all the passion you have.
Will I ever take another swing at that brass ring, consider traditional publishing again? I don't know. I'll never say never. But for now I give you my latest effort--a women's fiction/mystery novel that I had such fun writing and that was born of my passion for storytelling. I hope you enjoy the story and meeting the Mountain Mamas.
Here's a short blurb:

Nurse Gemma Wallace is held suspect when opioids go missing from the neighborhood clinic where she works. She’s questioned, but never arrested or charged because the police have no solid proof and an abundance of reasonable doubt. Still the suspicion hangs over her like a sword. This is just the tip of an iceberg that sends her life sinking around her.

In a moment of utter hopelessness, Gemma considers ending it—all of it. She’s pulled back from the edge by a woman who’s been to that same edge more than once. Through Collie, she meets the Mountain Mamas—four women who show Gemma the power of friendship and the truth that no one is free from doubts—reasonable or otherwise.

Gemma soon realizes the burden of proving her innocence falls to her. While she searches for the truth of what happened that day, other truths are revealed. Truths that erase doubts about herself that she’s carried for years.

Available now in ebook and paperback at Amazon.com and in ebook at Smashwords.com  and all Smashwords affiliates including Barnes & Noble and Apple iBooks.
Happy reading, Linda

Posted by linda_rettstatt at 11:30 PM