And the Beat Goes On 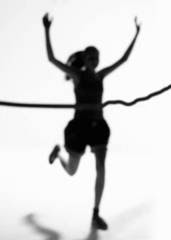 New Year's Eve--a time to look back at the past year. It's been a time of continued unrest in our world. If one good thing has come of the political climate in our country it's that more people are now politically involved and vocal. We're all still reeling from the earthquake economy that continues to shift beneath us. Our spirits and patience have been tried and tested. And, yet--we're still here!

It's a time to also look back with gratitude for the blessings of 2010. I have much for which to be grateful. I still have a job. I have a nice apartment. I have the love of a fantastic family and irreplaceable friends. And, of course, I have Binky, my constant cat companion. 2010 was a year of achievement as four of my novels were published between January and November. Whew! 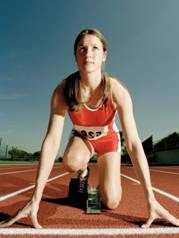 Ready? Set? It's time to look forward to the coming year. Time to make resolutions (half of which I know I won't keep. Okay, more than half.) I've decided to set goals instead of resolutions. Resolutions seem so stiff, set in cement. Goals are somewhat flexible and can change. That way I have something to work toward, and I won't feel like such a failure when I run out of steam halfway into the year and my resolutions are nothing more than vague memories.

I read my 2011 horoscope yesterday. I don't put a lot of stock in horoscopes, but I want to believe this one. It said (and I'm paraphrasing here) that I would see a big shift in my career goals and would achieve acclaim and prosperity. My interpretation: A best seller with a big advance. So that's my lofty goal for 2011. My lesser goals include: (1) getting two books under contract for publication; (2) finishing two more manuscripts that are now in progress; (3) and the ever present and oft forgotten goal--to lose weight and become more healthy. (This was formerly a resolution that never made it past Valentine's Day. Maybe it'll have a better chance as a goal?)

So, what does 2011 have in store for my readers? Love, Sam will be coming out in paperback, probably in February. I don't have the exact date from the publisher just yet. I have three completed novels that I'll be sending out to agents or publishers in the coming months: Unconditional, Act of Contrition, and Wake-up Call. I'm working on a Christmas-themed romantic comedy that I hope I can have ready for publication next Christmas. It's going to be a busy year.

Here on One Woman's Write, I'll be continuing to post The Writer's Alphabet, featuring posts by some fantastic guest bloggers/authors. So be sure to check in especially on Fridays for their words of wisdom about writing and publishing.

My wishes for our world are for peace and the understanding that we humans are more alike than we are different. I wish for a balanced economy and for leaders who will make responsible decisions for the betterment of all (regardless of on which side of the aisle they are seated.)

Here are my New Year's wishes for all of you as we cross the finish line of 2010 and set ourselves for the start of 2011: I wish you love, laughter, good health, and that you have all you need and get at least some of what you want.

Linda
Posted by linda_rettstatt at 10:20 AM

Hi Linda. 2010 was my 7th straight year to have a novel released. 2011 will break that chain due to various health issues, which have slowed me down. For me, this coming year will be a time to relax and enjoy the simple act of appreciating each day and writing with no particular goal other than wrapping up my current work-in-progress. My best wish for you is that you march steadily forward and achieve your heart's desires. Carol

Great goals. Mine probably aren't as lofty but then I just want to develop a readership so that I'm prepared for that best seller once I retire. Of course, if it happens in the meantime....

Hey Carol, here's hoping that rest and relaxation revitalize you.