K is for Killing...Off Characters 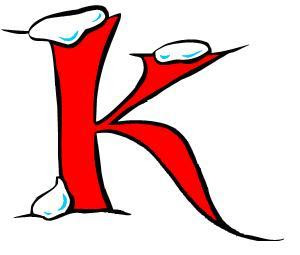 This week I welcome author K.D. Pitner who talks about how we authors go about killing off characters.

K is for Killing… Off Characters!


Last night, like every Tuesday, I fired up my laptop and tuned my TV to one of my guilty pleasures. As I listened to the introduction of 1000 Ways to Die, I began to think about the many possibilities that could be used to get rid of one of my new characters. He had become rather tiresome, you see. He was neurotic, arrogant, and generally unpleasant. I have tried to find story paths that will grant him a few more pages of life but in reality, I didn’t have the desire to save his poor pitiful soul. Truth be told, he really wasn’t helping further my plot anymore. I gotta whack him.

Now that I had made that decision, I was left with the how, when, where, and why of carrying out my nefarious plan. Poor guy. He never saw it coming.
First I looked at why I was killing him off. As I said, he wasn’t helping further my story line. He had begun to grate on my nerves in that way that only a tired character can. As an added bonus, he had character traits that I could see in myself. His death would not be a senseless one after all! By killing this character off, I could maybe, just maybe, smite those character traits that I loathe in my own personality.

While I am almost always happy and was raised never to be arrogant because there is always someone out there better (my mother’s words), I am hopelessly neurotic. If a situation has the remote possibility of having a bad outcome, I can worry myself into seeing at least ten different paths to get there. The sad thing is that this particular skill only got worse after I had children. It had to be stopped!

As I wrote, keeping in mind that this character’s life was in my hands or, rather, my words, the questions of where and when came almost too easily. My problem was the how. How was I going to off this guy and make it believable yet interesting? I had a million different methods at my disposal but none of them felt right. Lost in the thought of how I was going to make this character take that long dirt nap, I glanced at my TV.

When I get into a good groove while writing, a nuclear bomb could go off beside me and I would not notice. I had been so focused on the scene I was crafting that I had not been paying attention to my show. As I looked at the TV, I saw a gentleman who, through his own stupidity (most of the scenarios on 1,000 Ways to Die are based on stupidity so I am not intentionally being harsh), met the most interesting and realistically probable death I had ever seen. It was perfect!

I had answered all my questions. I began writing and, a few pages later, my character met his maker. It shouldn’t be that easy. I mean, he had a life. In the little universe I created, he had friends and enemies. He had family. He had passions and desires and plans for the future – a future I took away from him. Great! Now I had guilt!

So why did I do it? Why did I rob this character of his future? The easy answer is because I could. I held that power! He was a pawn in my tiny created reality and I could smite him or grant him his deepest, darkest wishes with a few strokes of the keys on my keyboard. Yet the reality was this character had served his purpose.

Every author has their own method for creating their characters and for plotting their demise. Some are grand and well thought out methods while others, like mine, are simple. I kill the characters that have aspects of me I want to conquer – lust, greed, gluttony, naivety, etc. – and that no longer serve my storyline. The important thing to keep in mind is how this death going to further the story. Can your story be told without that particular character dying? If so, why is that character’s death important? Has their story line died out? What if that character lived? How would the story go from there? Answer these questions. Examine the motivations. Then, once you have done everything you’ve read about on how to craft (and kill) characters, find your own method – that one that works for you. You will craft a more believable story and your readers will devour it and return to see what new and inventive realities you have created!

Bio: K.D. Pitner lives in the beautiful, scenic Tennessee Valley with her husband and two children. From the age of two, K.D. entertained family members with her stories, often explaining the intricacies of Heaven and how she came to be here on earth with her parents.

Her first novel, Darker Shades of Midnight, is due to be released August 2011 by Champagne Books.

When not writing, she also enjoys gardening, playing the piano and violin, and doting over her four- legged babies. She is the human mother of a very co-dependent kitten (Ernie) named after one of her favorite authors, Ernest Hemmingway.

On the rare occasion that she has free time, she loves to catch up on the most recent vampire movies and novels. She is a "True Blood" fan and never misses an episode.

Posted by linda_rettstatt at 9:23 PM

I can appreciate your difficulty. I seldom kill off any of my characters, but I have one in my wip that would serve a better purpose for my story if dead. I sure hate to bring the others around him grief, though, so I will give it more thought.

Great post, interesting topic, especially as all of my books open with someone dying, having just died or died years ago as the focus of the story. I am always searching for interesting ways to kill them off, usually violent. You sound like a very sane, nice person, as am I. Funny how we need to kill.
Judi (www.lynnromaine.com)

Oh wow! See? That's why I want to be a writer! At least you can do it legally. This was a fascinating post, I've not heard another author talk about the process. Loved it. It helps aspiring writers like myself.

So far I've been too fond of any of my main characters to kill any of them off! Secondary, supporting characters, yes. Interesting post.

Fun post! I love hearing writers talk about killing people :) I've killed a few characters; all but one was missed by those around him!

I have to say this was a fun post to write. I hate killing off characters but my mother always raised me that death was nothing more than a part of life. Luckily most of my characters come back as some sort of paranormal creature so very few know the true sting of death but if I want to write about life (even a paranormal one) I have to be willing to tackle the subject. I am so glad you all enjoyed it! -- K.D.

I'm glad to know I'm not the only one who feels guilty for killing off a fictional character. I avoid it when possible, but sometimes stories just don't work without a character's demise.