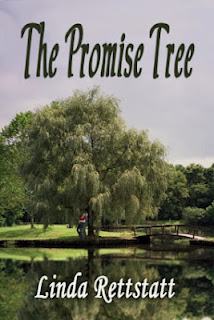 The Promise Tree  -   Chapter One

To read more about Wynn and to meet Trudi when they are reunited thirty years after they went their separate ways, get your copy of The Promise Tree at Wings ePress, Amazon.com, or B&N.com
Posted by linda_rettstatt at 12:59 AM