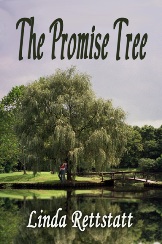 Trudi McNeil Sheppard and Wynn Colton have a history that reaches back into their childhood. They were playmates, then dating teens who became lovers until they went their separate ways for college. Thirty years later Trudi and Wynn meet again when Trudi returns to care for her mother who has Alzheimer’s disease. Wynn has come home to prepare his father’s farm for sale. The attraction between them quickly rekindles.

As she cruised down the main street, her mother’s ability to name every store that used to be there and the names of the owners amazed her, when only that morning Mary couldn’t remember she’d eaten her breakfast. There seemed no rhyme or reason to what information was retained and what was lost, but Trudi saw a pattern of short-term loss and long-term retention.
“This town is almost dead now, just like me,” her mother murmured.
“You’re far from dead, Mom. Don’t talk like that.”
“It’s true. I don’t do anything. I rarely go anywhere. I forget where I put things.”
Trudi slid a glance to her mother. “You know you’re forgetting?”
Her mother nodded slowly. “I know. Doc says I have dementia.” After a long pause, her mother said, “I can’t stay by myself now, can I?”
Trudi pulled the car to the curb and shifted into park. She turned to face her mother.         “Mom?” She studied the lined face and the cloudy blue eyes.
“Sometimes I know.” Mary gazed out at the boarded up windows. “It’s frightening to watch things die. I’ll go into a home before I’ll put you through this.”
A sob ripped from Trudi, and she covered her mouth with her fingers. “Oh, Mom. I can’t. I’ll get a job here somewhere and move in with you.”
Her mother reached over and squeezed her hand. “You can’t fix this, honey. I’m better at this time of day, but then everything gets… hazy. We should make the most of this time. Let’s go to the cemetery and visit your father’s grave. I’d like to get some flowers to take there, too.”
But Trudi sat, motionless. She was stunned by the clarity and afraid to move for fear the movement would shift everything. She wanted to remain rooted in this moment.
Her mother faced her again. “Trudi, tell me about and Kira.”
“Let’s pick up ice cream and go home. I found the photos I’d sent you. We’ll look at them together. I promise we’ll take flowers to the cemetery tomorrow.” She swiped at tears that blurred her vision. She fought the urge to speed back to the house and try to beat the darkness that would soon enough cloud her mother’s eyes and mind.
She stopped only briefly at the Dairy Queen drive-thru for sundaes. Sitting at the kitchen table, the two women laughed over pictures of and Kira when they were little. Oooh’d and aaah’d at photos from Vannie’s wedding.
Finally, her mother looked up. “I wish they were here. Now. I wish I could see them again while I still remember.”
“I know both girls would love to hear from you. Let’s call them.” She dialed ’s number and handed the phone over to her mother. Once she was certain the conversation was on track, she slipped into the living room to give her mother privacy. The mixture of joy at the gift of this time and sadness of the knowledge that it would all too soon end brought fresh tears. Her mother’s lilting laughter made her smile, though.
When she heard the conversation end, she returned to the kitchen. “Want me to get Kira on the phone now?”
Her mother sat with her hands in her lap. “I forgot who I was talking with. I… I need to rest.”
“Mom?”
But her mother had begun to fade, to slide into that fog that consumed her. Trudi watched as Mary headed for the stairs, paused and turned down the hall to the den where she now slept. The door closed quietly behind her.
Trudi sat at the table, her fingers brushing through the photographs, until she could no longer hold in the pain of loss. Her shoulders shook as she cried out her grief.
Posted by linda_rettstatt at 9:11 PM