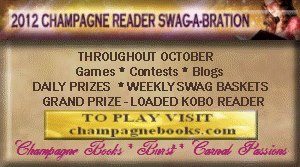 If you're playing the Champagne Reader Swag-A-Bration Word Search game, you'll want to read my blog post for this week. If you haven't yet played, just click on the banner above, get your word search list and join in the fun.

I discovered that doing so is much like walking a tight rope and working to maintain balance. If the hero becomes too affable, he loses his dark edge. If he becomes to dark, he turns into a villain. The dark hero must have a good balance of traits to offset his dark side. For example, in my upcoming novella, Dark Horse (June, 2013, Champagne Books), my hero, Brax, is moody and abrupt—not characteristics that would typically endear him to the reader. But we also glimpse his softer side. For one thing, he loves horses and his interaction with the animals exhibits a gentleness that just might make him redeemable. He appears as a loner who avoids having to deal with people as much as possible, but can’t avoid the attraction he feels for Vanna, the heroine in the story. His stern admonitions toward her nine-year-old daughter could be off-putting if they didn’t also reveal his concern for the child’s welfare. And he has a dark secret that makes us wonder if he is truly a hero or a villain.

The dark hero is a character you want to love, but also a character that exhibits just enough not-so-endearing flaws and habits that cause you to waver until something critical happens to push him into hero mode. Dark heroes aren’t the same as bad boys. They’re the good guys who protect themselves by hiding behind a dark façade and who, for the most part, could go either way. But they ultimately give in to their own goodness and let down their guard or step in to save the day. 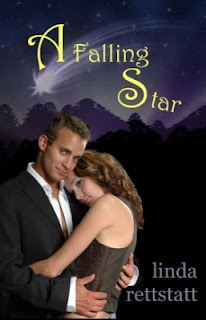 Coming in January from Champagne Books -
A Falling Star (Contemporary Romance)
Posted by linda_rettstatt at 9:44 PM