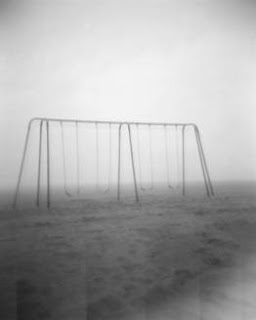 Where have all the children gone...?

I have spent this day trying to find some sense in the senselessness of the murderous rampage in Newtown, Connecticut. There is none. And I am heartsick.

Our world has gone crazy. Events like this were rare when I was a child, even when I was a young adult. We had guns. We had drugs. We had mentally ill people. And, yet, events like this were rare. It makes me wonder. I wonder what has changed that has propelled those fragile minded among us to commit such a heinous act as this. As a society, we can search for a reason or somewhere to assign blame. If we had gun control, this wouldn't happen. I happen to be in favor of gun control, but I don't believe it's the entire solution. If people walked closer with God, this wouldn't happen. Ah, but God gave us all free will and even in a Christian society, mentally unstable people walk along side us. If kids weren't exposed to so much violence in movies and video games, they wouldn't grown up to be violent adults. Well, I grew up watching the Three Stooges, and I don't go around physically assaulting people. But I agree that kids today are exposed to more violence through media than we were in my generation as children.

If...If...If... We look for political, cultural, and religious rationales. Meanwhile, the insanity continues.

We are seeing more horrendous, more frequent acts of violence perpetrated randomly, often with no clear connection between the perpetrator and the victims. Violence is escalating day by day in our society. It seems to me we need to retrace our steps. We need to work backwards to see where it all began to change. What are we doing now? What is going on in daily lives now that pushes people over the line of sanity and reason to act with such anger and disregard for human life?

I won't pretend to know the answers. I believe this: that the answer is behind us. The answer is in our past, in a time that was kinder, gentler, more patient and understanding.

I can't begin to imagine the anger, sorrow and grief of the families in Connecticut. My heart goes out to each and every one of them. God help them.

And if we don't soon find the answer and stop killing one another and murdering our children--God help us all.
Posted by linda_rettstatt at 1:31 AM