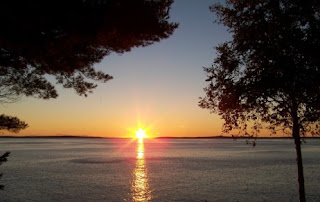 Well, we're still here and, so, assuming the Mayans were wrong. But were they? I've heard interpretations today about the end of the Mayan calendar simply meaning that we start over with a new calendar. If that's the case, then today is New Year's Day--a new dawning--a chance to start fresh.

I like this interpretation. I like the idea that we can face our own mortality, in a sense, and decide to change for the future. I'm not talking New Year's resolutions here. You know--those promises we make ourselves to lose weight, save money, etc. and then don't keep.

I want to see this new dawning as an opportunity to do better in the world. We've been so focused on "the end" that we've failed to consider this might be "the beginning" of something new. A sunrise rather than the end of our world. Though it could well be the end of civilization as we know it. And that, my friends, could be a good thing. Let's make this a time to give birth to new civilization, stressing the 'civil' part.

I know what I can do, what I need to do, to make myself a better person and, thus, be a better presence in this world. How about you? Are you willing to change and make this a new dawning in your life? What might the world be like if we all do just one thing differently to be kinder, more accepting, more understanding, less violent, less self-centered, and to focus on the ways we humans are more alike than on our differences. What could happen? Well, we know the world won't end.

Linda
Posted by linda_rettstatt at 10:22 AM