Audra Middleton - How I Became A Writer 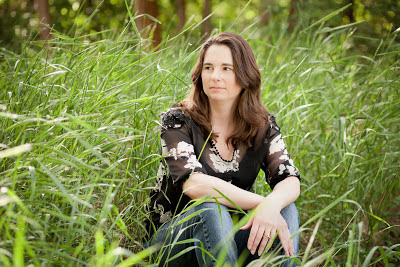 I'm very pleased to welcome author Audra Middleton to share her story of how she became a writer.

Thank you, Linda, for inviting me to share my writing journey with you on your site today.

Part of me was always a writer, in that I have always been a daydreamer.  I might never have written down any of these daydreams, however, if not for the encouragement of teachers, friends, and family along the way.

In third grade, one of my teachers selected me to attend a young author’s conference.  My mom recently sent me the story that won my place at the conference, and I can tell you, I don’t think it was so much that my story was exceptional as it was about trying to boost my self-esteem.  Whatever her reasons for choosing me, it really did spark my interest for writing.  My mom suffered through all of those early stories, encouraging me without giving me empty praise.

As I got older I must have improved, because I had a friend who asked me to write stories for her birthday presents.  In high school, I had a great journalism teacher who taught me a lot about writing and after working with her I actually planned to go into journalism when I entered college.  I don’t know how many people stick with the career they seek at age 18, but I know I changed my mind by the time I was 20, and majored in history, minoring in English and publishing.  I even took a summer internship at Yale University Press as part of my studies.

If Washington State had been home to a publishing house at the time that I graduated, I probably would have pursued a career in publishing as an editor.  Unfortunately, in the mid-nineties the only publisher in town was Microsoft, and working on technical manuals didn’t appeal to me, even if I could have gotten a job with them.  Instead, I went back and got my teaching degree.  At this point I stopped writing, at least formally, because I could never seem to turn off my daydreams.  It wasn’t until years later, after teaching and then having children of my own that I started writing again.
When some friends of mine found out I liked to write, they wanted to read my work.  I had no idea where any of my college papers had ended up, so I decided to write down this daydream I kept coming back to, about a girl who could transform into trees, and a warrior who could read minds.  I built on this one scene where the two meet, telling their story, until at last I had a novel.  Well, I thought I did.  I joined an on-line critique group to get some help with my battle scenes, and discovered that I had a lot more writing to do.  It was painful at first, but in the end my writing improved a great deal.

After many rejections from literary agents via query letters, I joined the PNWA and attended their summer conference, anxious to pitch my book to agents in person.  I bombed my first few pitching attempts, in the beginning being too nervous to complete a sentence, later being so exhausted I just rambled incoherently, at one point confessing that I may have ‘screwed myself’ (thereby ensuring that I had).  But on the last day I decided I didn’t care anymore, sat down, and managed to have a lucid discussion about my book with my future publisher, Champagne Books.

I’m happy to report that my first novel, Watcher, was released in January, and has received some great reviews.  Champagne has also agreed to publish my second novel, a humorous paranormal thriller called The Hitchhiker, which is due out in November.

The ideas keep coming, and I am completing novels at a decent pace for someone who is also trying to raise three boys and keep up her teaching certificate.  I really appreciate those who have encouraged and assisted me along the way, because without them I would still be daydreaming about becoming a writer, rather than daydreaming the idea for my next novel. 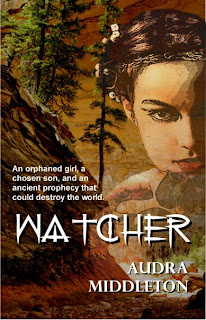 Available at Burst Books
(an imprint of Champagne Book Group)

Thanks, again, for having me as your guest today!

I was a daydreamer, too, for a long time before I every wrote anything.
Congratulations on your contracts!

Still my favorite past-time!
Thanks for stopping by, Rhobin.