Janie Emaus - How I Became A Writer 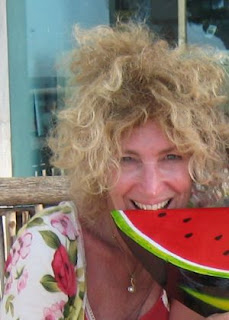 Hey, ever wonder how writers get started? Well, here's Janie Emaus to share her story with us.

I believe our leads us to our path in life.

Mine was too shy for a job in sales or anything involving public speaking. Too uncoordinated to work with a ball, bat, racket or mitt. And too queasy to wear a stethoscope.

But the strand which asked too many “what if” questions (along with too many voices giving answers) led me to conclude I was meant to be a storyteller.

Early on I would read the newspaper to my younger sister, incorporating her name in the featured story.

“Really?” she would say when I finished reading about two ten-year-old girls who claimed to have a magic peach tree in their backyard on Lake Michigan. “My name is in the paper?”

“Seriously?” I would answer. We live in and we have lemon trees in our backyard. How in the world could she believe me?

I was flattered that my story telling was so compelling.

With my sister’s encouragement  in the back of my mind I went through my school years writing stories about my friends.  Using a “reel to reel” tape player (yes, I’m giving away my age), I created plays starring my BFF. While my best friend played the beauty queen, the bride or the first female president, I was everything from the secondary characters to the sound effects.

So, you would think once I graduated high school, I would follow the voices in my head.

I did what a lot of young adults seem do to: NOT take the advice given them by those in the know. Although, my teachers advised me to follow my into literature,  I took a U turn into psychology, which landed me a job as bookkeeper. (Long story for another time.)

Yet, I never gave up writing.  Poetry. Short stories. Ad copy. You name it. I wrote it.

I didn’t really have a clue how to sell any of my work until joining a critique group and several writing organizations.

Just before my thirtieth birthday, I sold a story to Turtle Magazine. I received a check for twenty dollars. But it legitimized my writing.

I was more than certain, I was on my way to fame.  Agents, publishers, movie producers, they were all going to come knocking on my door. I would sell everything I wrote from here on. I would be famous.

Well, the only people who knocked on my door were the bill collectors. It was years before I sold another word.

I honed my craft. I worked as a ghost writer for popular children’s series.

I got an agent. And then -  there went my agent.  The relationship wasn’t working for her. So, I found another one. And then - she broke up with me via an email. Did I give up? No. I signed with yet another agent. Perseverance does pay off.

It’s now fifty-five years from those days at the kitchen table with my sister. And here I am with many writing credits to my name and two published books.

And I seem to have found my way back to my roots. Along with writing novels about the characters in my head, I now blog about my friends, my family and my life.

No matter what happens next, I know I’ll always be writing.  It’s part of my genetic makeup. I’ve finally become the person I’m supposed to be.
﻿
Janie Emaus is the author of the time travel romance, Before the After, and the young adult novel, Mercury in Retro Love. She is a staff writer at In The Powder Room and blogs frequently for The Huffington Post, Better After 50, and Generation Fabulous. She is proud to be named a 2013 BlogHer Voice of the Year. Janie believes that when the world is falling apart, we're just one laugh away from putting it together again. To learn more about Janie visit her blog www.theboomerrants.com and her website www.JanieEmaus.com. You can connect with her on Facebook and Twitter @Janie5010. 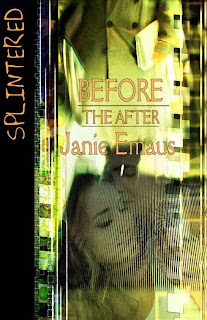 Thanks for being here today, Janie. I just love these stories of dedication, perseverance and, mostly, writers who have remained true to their passion.

Thanks so much for having me.

GOOD FOR YOU Janie! And thanks for going over to read my piece on the Huff Post this morning....

I love this so much Janie! I think we all secretly harbor hopes that someone is going to be discovered and handed buckets full of cash. But in the end, it's the desire to keep writing that fuels it!

What a great story, Janie. I knew I wanted to be a writer from about age 8 — but I took the practical road and majored in journalism. Figured that way at least I'd be making money writing while I tried to sell my first novel. Took me nearly 20 years, but I finally sold one — just this week!