Sylvia May - How I Became A Writer 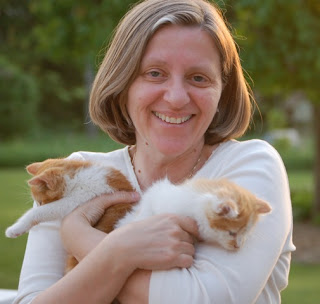 I'm very pleased to introduce author Sylvia May to share her story of how she became a writer.

Thank you, Linda, for having me as a guest on your blog. I’m pleased to be able to share with your readers my journey as an author.

I’d have to say that I’ve been a writer since I was a child, when I wrote poems about my family and about the snow, stories about cats, and I filled school workbooks with novelettes about orphan pioneer girls. In high school, my writing became more sophisticated, so much so that my senior English teacher suggested I send a story out for publication. Which I did not do.

In adulthood, I journaled and participated in a few creative writing workshops, but I wrote for fun and because it fulfilled something within me. I never expected that I would ever publish a book. A career in computer programming, marriage and motherhood, several years as a music educator—all that took precedence over my writing.

It wasn’t until I was in my fifties, with my children grown and independent, that I finally heeded the calling to which I should have paid attention long before. In 2005, a relocation with my husband from Canada to the United States caused me to leave my job, and I found myself living in Virginia with no work permit and nothing to do. In a magazine for new residents, a listing for the Virginia Writers Club jumped out at me. In that club, I bonded with four other writers and we formed a critique group. With their encouragement and support, my journey to authorship finally began. Another person in Virginia who guided me on the path to authorship was Ellery Adams, who lived down the street from us. She was (and is) a published cozy mystery author. We became friends, and when I finished writing my novel, she offered advice and encouragement to send it out. Also, we came up with an idea for a cozy mystery series to write together and started work on that project.

In the midst of querying out my novel and collaborating on the mystery series with Ellery, my husband and I relocated twice more, finally settling in Bermuda where we’ve been residing for almost four years. It was difficult to stay focused on my writing during that period of upheaval, and hard to remain enthusiastic about it all when I received several rejections, from both agents and publishers. Eventually I did find an agent who believed in my book, and soon after my husband and I established ourselves in Bermuda, she called me with the exciting news that a publisher was interested in my novel. THE UNRAVELING OF ABBY SETTEL was published in August 2011 and re-released with a new cover in January 2013. I was thrilled when in 2011 it was awarded a Readers Views Reviewers Choice Award.

Recently I completed my second novel, BREATHING SPACE, for which I’ve just signed a contract for publication and it will be released in early 2015.

I have another author identity. Ellery and I co-author A NOVEL IDEA mystery series, writing as Lucy Arlington. The first two books in the series (BURIED IN A BOOK and EVERY TRICK IN THE BOOK) were on the extended New York Times Bestseller list. The third in the series (BOOKS, COOKS AND CROOKS) will be released in February 2014.

My journey toward authorship has been one of challenge, disappointment, but mostly joy. Being a writer and a published author involves hard work, however, no matter how much I love to write. Two qualities I constantly have to draw upon to achieve my writing goals are determination and self-discipline. I find that I’m always learning, always finding ways to improve. I love the contact and feedback from readers, and I enjoy telling the stories that crowd my imagination. One thing my life has taught me is that it is never predictable. Life is full of tales waiting to be written down.

You can find me online at these sites: 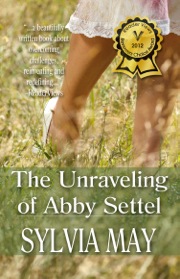 The Unraveling of Abby Settel

Abby's well-ordered life is falling apart. Her son’s behavior is worrisome, her aging parents are deteriorating, and her husband loses his job. He finds a new position that compels them to move hundreds of miles away, where Abby is plagued by guilt and loneliness. When she discovers a group of women facing similar challenges, together they seek a way out of their unhappiness. This is a story of midlife reinvention, letting go to embrace the present, and the importance of friends.

I love your book blurb. Stories of midlife reinvention are my favorite and I'm sure I'll enjoy this one. Thanks for being here on my blog this week.

Great beginning for a novelist. I'm convinced most serious authors start early writing everything under the sun and then when they have a lot more experience, they get serious. Congrats on you successes and great to meet another author who started serious writing a little later in live.