Judy Alter - How I Became A Writer 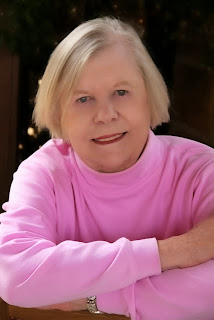 I don’t think I ever “became” an author though it took me years to feel I could claim that title. Maybe it was the transition from “writer” to “author,” but I think I was born a writer. I came by my love of words honestly. My parents both read voraciously and read to me when I was a child. By ten, I was writing short stories, and in high school I submitted stories to Seventeen, the Bible for teen girls of my era. Of course, those stories came right back.
In college, I majored in English because I wanted to read and some man was going to marry me and take care of me, so I didn’t worry about a career (I’m dating myself, I fear). I must have envisioned a life of reading while eating bonbons, but it didn’t work out that way. I kept going to school, majoring in English until I had a Ph.D. and my then-husband said, “No more college.” Along the way I gave up writing fiction because graduate school in those days taught you to analyze and defend and do everything but give in to your imagination. I wrote a lot of nonfiction, particularly articles on health for the average reader (my husband was a doctor, and I was immersed in the medical community).
I was also developing an interest in the literature of the American West, because of my graduate studies. A friend gave me her mother’s autobiography, a manuscript carefully pounded out on a manual typewriter. The story fascinated me—the writer grew up in a small town, the daughter of a deputy sheriff who was shot and killed when she was just four years old. Her account was full of details of life in the early twentieth century—a tornado that picked a baby out of its crib and set it down, unharmed, by a stock tank; a wedding breakfast of quail on toast points; the arrival of the first Jewish family in the town. Only problem was I didn’t know what to do with this material except to footnote and annotate it and rob it of every bit of life it had.
The idea that came to me was like the proverbial light bulb going off in my head. I had been reading some juvenile fiction and realized I could make the girl fourteen instead of four and tell the story from her point of view. The result was my first published novel. By serendipity I had met an agent who took it on and sold it to a house (those were different days than the present). I called it A Year With No Summer, but the marketing people called it After Pa Was Shot. My mother sniffed and said, “More violence!” To my surprise, they marketed it as a young-adult book and immediately I was pigeon-holed as a young-adult author, a category I’ve worked hard to break out of.


In the years since, I’ve published eleven novels for adults, eight for young adults, and reams of nonfiction, most of it book for young readers, many of them about women of the American West. Along the way I even wrote a cookbook/memoir. These days I’m fulfilling my lifelong ambition to write mysteries, with two series and five books in print, at least two more scheduled. But I don’t think any book ever gives me the thrill that first one did. 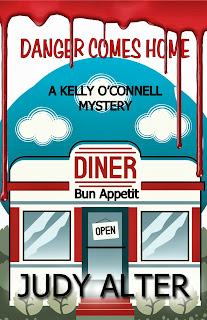 Kelly O’Connell’s husband, Mike Shandy, insists she has a talent for trouble, but how can she sit idly by while her world is shattering. Daughter Maggie is hiding a runaway classmate; protégé Joe Mendez seems to be hanging out again with his former gang friends and ignoring his lovely wife Theresa; drug dealers have moved into her beloved Fairmount neighborhood. And amidst all this, reclusive former diva Lorna McDavid expects Kelly to do her grocery shopping. In spite of Mike’s warnings, Kelly is determined to save the runaway girl and her abused mother and find out what’s troubling Joe, even when those things lead back to the drug dealers. Before all the tangles in the neighborhood are untangled, Kelly finds herself wondering who to trust, facing drug dealers, and seeing more of death than she wants. But she also tests upscale hot dog recipes and finds a soft side to the imperious recluse, Lorna McDavid. It’s a wild ride, but she manages, always, to protect her daughters and keep Mike from worrying about her—at least not too much. 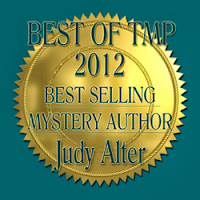 An award-winning novelist, Judy Alter is the author of four books in the Kelly O’Connell Mysteries series: Skeleton in a Dead Space, No Neighborhood for Old Women, Trouble in a Big Box, and Danger Comes Home. With Murder at the Blue Plate Café, she moved from inner city Fort Worth to small-town East Texas to create a new set of characters in a setting modeled after a restaurant that was for years one of her family’s favorites. Murder at Tremont House, second in the Blue Plate Mystery Series, will appear in February 2014 and a fifth Kelly O’Connell novel is scheduled for July 2014.
Judy is retired after twenty years as director of a small academic press. The mother of four and grandmother of seven, she lives in , with her Bordoodle, Sophie.

Judy, what a fascinating life story. Like you, I studied literature, mostly because of my love of reading.

I'm so glad you were able to let your imagination roam free and wander. Sometimes the analysis seems to rob some of the joy reading, but other times we can enjoy the works more because we can recognize just how carefully crafted some of it is and see how various life learnings are imbued in it.

In teaching human resources management, I used literature to help my students get the feel of a period. Life in the Iron Mills, by Rebecca Harding Davis, was a great way to introduce the business topic of unions and labor force issues, for example.