B is for Backstory 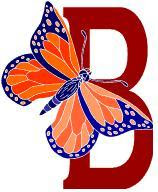 Today talented writing duo Angelica Hart and Zi will, in their own unique style, teach us a bit about Backstory.

A LITTLE COFFEE WITH YOUR CREAM?

Ah ha! Bet you are thinking this article is all about coffee or cream or even the juxtaposition of the usual into the unusual.

Well, we're actually going to discuss a book's backstory. Think of your novel as coffee and your backstory as cream. You usually add just a bit of cream to your coffee not the other way around, except for Zi, but that's a pot of another kettle.

Anywho, many novice writers are so anxious to share their research and development, they bog down the opening with as much information as they can.
Z: By the way don't you drink tea?
A: That's not the point...
Z: But...
A: Do you want to write this?
Z: Thought you'd never ask. (With a hip bump moves Angelica's chair aside until he is settled before and computer.)

The backstory is a vital part of plotting. It stimulates the story, and gives the characters motivation. After all, each character has a past and present, and a certain amount of that has to be conveyed. And, even though you might know this characters inside, backwards and upside down, the reader doesn't need to hear about the protagonist's fifth grade science project that blew up spewing purple dye all over Mrs. Greenspan. Unless, of course, it is vital to the story's conflict.

A: Hey wait, that wasn't a backstory but an actual event. You were in sixth grade when that happened, weren't you?"
Z: No comment. The case is still pending.

So, here are a few key factors to K I S S (Keep It Simply Simple) your way to the perfect amount of backstory.

KEEP -
While creating your character, make their history rich. Make certain you write down everything from your characters' most embarrassing moments to who they took to the senior prom and if they prefer chocolate to vanilla ice cream, and then, don't use anything but that which is pertinent to the story. Plus, only go back in time as far as is necessary. The opulence of your character will come through just because you know them so well. It will shine in their speech, their mannerisms, and the way they think.

IT -
There is always that IT factor in every story, the thing that is the crux of the story. For the present conflict to exist there must be something in the backstory that is relevant and must be told, and sometimes in great depth. Still, sprinkle it in, slowly, a bit at a time. It's like adding sugar to that ole coffee. Too sweet and people will make a face, or in a narrative just get bored and put the book down.

SIMPLY -
There are simply some great places you can add backstory that work better than others. The prologue is usually a great spot to drop a few spicy tidbits like cinnamon in your brew. Here you can tell rather than show more easily than anywhere else in the story. Using the character's memory is another great tool. Something current can trigger a recollection. Also, a flashback is great method of allowing the reader to see what had happened to create the present circumstance. One of the most basic conduits for the backstory is dialogue. Characters can reflect, explain, and address basic aspects of the plotline all while sitting across from each other having, well, a cup of coffee or climbing Mt. Everest, all depends on your story.

SIMPLE -
Remember simple is better. Don't be so enamored with your backstory that you distract from the action. Too much of it hinders the flow of the story. What had happened to set the plot in motion needs to be streamlined. Pare down your paragraphs and pages of information to a single line. Sum it up and place it strategically in the prose.

The backstory is the stimuli and the foundation of the book, but it is not the totality of the story, nor is it the pure action that keeps the readers moving along. So, when you ask yourself if you want a little plot with your backstory, remember to tell yourself to hold the cream. 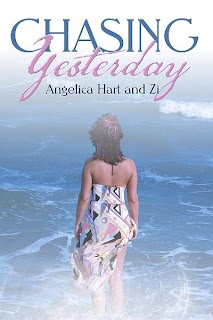 Bio: Creative synergy sizzled when the authors, from Delaware, USA, met and soon a literary partnership formed. They live several miles apart but meet every week day to dive into their collaboration of taking readers to new places and other worlds, to help them suspend reality, and to simply entertain.

Their combined accomplishments include book publications in print and/or electronic versions of eighteen titles, ten romance specific, EPPIE finalist for three books, Cecil Whig award, Hob-Nob Reader's Choice Award, written over 500 shorts with numerous published in both nationwide and small press magazines, articles published in various local, city and statewide newspapers, including four as a Guest Columnist in addition to trade articles. Both are members of various writing groups.
Posted by linda_rettstatt at 10:10 AM

You make some great points about the use of backstory. Thanks so much for being here today.

*snort* you guys are great! Yes, it's me! You lastnerve! I love the way you put that and for an aspiring writer, like myself ahem, that makes perfect sense! LOVE IT, LOVE YOU GUYS! You make me laugh while I am learning something.

Thanks for the great tips on backstory delivered in a fun way.

Terrific blog. I really like the cream anology. Of course, for me, I'd have a problem with that. You see, I drink everything straight, er... no cream in my coffee of tea.
So, I'll think sugar on my cereal. How about that?

Thank you for your generous words, Linda. Our points are those earned from many mistakes. If we could help others from stepping in the same mud puddles then whoo hoo! :)

VAL!!!!! So wonderful to see you. Your comments always bring a smile and such ecouragement. Ooooh, we can't wait to see what you have in store for readers once your aspirations are met.

That is so kind of you to say. If we can create a single chuckle than our day is complete.

Thanks for stopping by. We appreciate it. We also appreciate Linda providing the opportunity for us to share.

Fun is our middle name. Z: No it's not. My entire name is Zi...capital Z, lower case i. A: (Rolling eyes) You know what I mean. Z: Yeah, but its such fun to mess with ya. A: Oi! Seriously, we're tickled you came by.

Your words are taken to heart...no cream, no sugar in coffee or tea. You are a brave soul. You are the opposite of Angelica who likes a little coffee in her cream and sugar. Thanks for commenting.

As always, I just adore your posts. Thanks for the entertainment.

We appreciate the comment and your taking the time to stop by. Entertaining our readers is our cuppa tea...err...or was that coffee? Hmmm, maybe we'll just go with hot chocolate.

You two are so right...there's nothing more boring than reading the entire life-story of a character when all you want to do is see the action...how he/she relates to others, and how much the sexy cover has to do with the plot-line! And thanks for the grins...

I love how you guys write together!
It's cool how when you cast a character you go so far as to pick what flavor ice cream they like and who they took to the prom. No wonder your characters are so real to me when I read your books.