C is for Conflict

Today we continue our journey through The Writer's Alphabet with our feature post by author, Mary McCall who talks with us about Conflict. Please help me welcome Mary and share your thoughts.

C is for Conflict

Conflict can make or break a fiction work. It’s what keeps readers reading when it is added to characters they love and want to root for. So let’s do a simple breakdown of the types of conflict we can expect to face if we want to create a page-turner by constantly raising the stakes.

Internal conflict: this is your character’s fatal flaw or Achilles’ heel. Here we run into what should be a cardinal law of writing: God is the only perfectly infallible being in existence; therefore, characters should have flaws, weaknesses, and sometimes-unlikable traits. Readers don’t generally want to read about perfect characters. They can’t relate to them. They want to laugh with the hero or heroine, cry with him, overcome evil, find happiness… The hero shouldn’t be the strongest man in the world, but he should have just enough strength and/or ingenuity to win his most crucial battle. For a reader, there is no fun in an invulnerable hero. Readers like characters that have to fight hard and rely on their wits to overcome conflict (and they should be in conflict a lot).

As a writer, your story should test to the limits, your main character’s reaction under stress. Without vulnerability, your character will never show character to survive, triumph and overcome and learn something about himself along the way. Remember, Achilles had his heel, Superman has his kryptonite, the werewolf has his silver bullet … A little weakness makes the character more identifiable and sympathetic to the reader. Overcoming that weakness is what makes that character a hero or heroine. A bad habit that the character is trying to break will humanize him for the reader and increase tension and conflict. Remember, readers' love most the characters that they most strongly identify with--people like themselves. Readers want admirable characters who entertain them.

Now that you know your character’s internal conflict, grab a sledge hammer and bash it. That’s external conflict. That’s plot. If a character wants something but has no trouble obtaining it, you have no story. Thus, you need an antagonist, demon, or some other obstacle placed in the character’s way. Who most wants to stop the protagonist, and why? What motivates the villain? What does she/he have at risk? Are the actions she/he will take worthy of a respectable villain? And are both the protagonist and antagonist likely to be found in this setting? Are the protagonist and antagonist for the most part evenly matched? Does your antagonist have at least a few redeeming traits?

Overcoming one obstacle should lead the protagonist to another. Constantly raising the stakes, making the protagonist reach deep within him/herself to reach the final prize. Thus, as the story moves along, we see character emotional growth. And yes, character growth must happen. This has been known by great story tellers for centuries, but first recorded by Aristotle. He called it the “recognition and reversal” stage of drama and attributes it to the human need in the audience to see moral progress in life. The hero shouldn’t just save his life; he should also improve it by the end of the book. The reader can sit safely in a recliner, on the beach or wherever he/she chooses and experience the adventure along with your characters, feeling justice, love or whatever your character is aiming for has been met.

For those who write romantic fiction or fiction with romantic elements, I’ll mention one other conflict. That which exists between the hero and heroine. No relationship is perfect. There’s going to be a clash, misunderstanding, family enemy, or some conflict in the relationship. We can take this only so far. At some point, these characters must identify (even if it’s grudgingly) several things they can admire about each other – whether they mention this to the other or not. But if they hate each other from the beginning to the end of the story, you don’t have a romance. At some point, love has to enter the picture and become more important to the pair than whatever conflict exists between them. 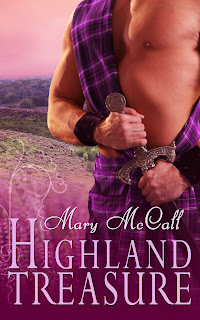 Mary writes humorous and adventurous historical romances. She is member of Romance Writers of America and served as the first PRO Coordinator for RWA; She is also a member of Hearts through History Romance Writers, of Celtic Hearts Romance Writers; of The Golden Network; FH&L RWA, and River City Romance Writer She is also a member of Savvy Authors, Sisters in Crime and the Malice in Memphis chapter of SinC. She loves history with a particular fondness for the Greek through Medieval periods. She is honored to have received the Legenda Aurea Service Award & Scholarship. Legenda Aurea, Latin for "the golden legend," is the highest service award presented by HHRW’s Executive Board to a member who has provided outstanding service to chapter and who has become a legend among the membership. Mary resides in Memphis, Tennessee with her Maltese who has a very Latin name, Regina Benita Catarina. You may visit her blog at www.marymccall.net, http://marymccall.wordpress.com or e-mail her at mary@marymccall.net. To get your copy of Highland Treasure, just click on the cover.
Posted by linda_rettstatt at 12:20 PM

Love your books Mary. I have your Highlander book and looking forward to reading it.

Nice article on conflict. The torture is hard to watch sometimes, but why else would we keep reading? :)
Kelly
marwhitpinky12@yahoo.com

Excellent article on conflict. I think conflict is my favorite part of a book and when the conflict is mostly resolved, you get that "ah" moment when all is well with the world. And I love your cover. Purple's one of my fave colors.

Great post. Very informative. Conflict is something I often struggle with in my writing because, as a former therapist, I try too hard to resolve it too soon :)

Thanks for sharing with us.

I've always been told without conflict you have no story. Love the way you explain it. Great post.

How very fun, Mary! I very much enjoy Highland stories--will be adding yours to my TBB! And so true, conflict does make the story!

I enjoyed this article on conflict! Sometimes writers do it so well, it hurts to read it! I will always remember a writers' conference I went to about conflict. I believe it was Debra Dixon who defined conflict as two dogs and one bone.

I enjoyed your very comprehensive article on different types of conflict, Mary.

As I near the end of my wip this is a good time for me to take stock of my story to be sure each conflict works itself out. I'll refer to this article several times before I write "The End." Carol