A is for Author 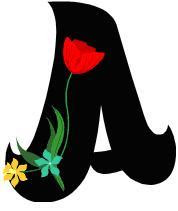 Today I’m starting a new series of blog posts called The Writer’s Alphabet. Every Friday, I’ll post a blog, many by guest bloggers, featuring the next letter in the alphabet and some topic starting with that letter that pertains to writing. I’m kicking off the series with A is for Author.

Believe it or not, there is a distinction made between ‘writer’ and ‘author’. A writer is one who writes. An author is one who is published. At least that’s what I’ve been told, though I’m not sure every dictionary is that discriminating.

When I first started to write, I hesitated to even pronounce myself a writer. But, then, I finished a full manuscript and wrote those magical words ‘The End.’ I could claim the title now. The first time the words, “I’m a writer” came out of my mouth, they felt foreign and were, I’m sure, spoken at a whisper. I soon got better at saying it aloud and, before long, listed that first on my resume. I’m a writer and, oh, yeah, I do social work to pay the bills.

After groping in the dark, as the uninformed generally do, trying to find the next step in the process, I submitted my manuscript to Wings ePress. And within a few weeks, I opened an email that left me dumbstruck. It offered a contract to publish my book, And the Truth Will Set You Free. Once I had signed the contract, I received an email disclosing a password to the Author’s Only page on the website. I logged in and a new page opened. The announcement at the top read: Congratulations! You are now an author. I am now an author! But it wasn’t real until I got my cover art for that book, bearing the title and my name in bold print. Never mind the dance I did when I got the book in my hands.

You know that saying, “If I knew then what I know now…” Well, if I knew then what I know now, I’d shout from the rooftops, “I’m a writer.” Does having a work published make me an author? I don’t know. If you write something, you are the author of that work. I’m not big on distinctions that divide. I’m a writer. I author books. I’ve learned a lot along the way. But I don’t know it all. So I’ve invited some fellow writers/authors to guest blog over the next twenty-eight weeks on topics about writing. I expect to learn a lot, and I’ll bet you will, too. And, yes, I know there are twenty-six letters in the alphabet. But we won’t be posting on Christmas Eve and New Year’s Eve.

So, I hope you’ll stop by on Fridays to garner some wisdom from my guest bloggers--fellow authors/writers--as we work our way through The Writer’s Alphabet.

Linda (9-time author, but always a writer first)
Posted by linda_rettstatt at 9:43 PM

I might have done a little squeal dance when I saw my cover too.

I remember doing some shrieking when I got my first contract...and every subsequent one also, for that matter. I still hate being asked, "So, can I buy your books at Borders?", but since I don't personally know anyone who has an e-reader, I'm thinking that I just don't know enough of the "upper class", or the "forward thinkers". Or something like that...

Congratulations, Linda, on the first installment of the Alphabet blog series. So far, so good!
I enjoyed your tale of your first contract--Celia

Not sure about the difference between author and writer myself. And the learning part never stops. If it does, then I suspect the author/writer gets stale. Unfortunately, I've seen it happen to some.

What a wonderful idea for blogging.