Linda Rettstatt - How I Became A Writer

This week, I’m kicking off a new blog series—How I Became A Writer. I’ll feature a different writer every other week who will share his or her story and a sample of their work. In between there will be other announcements and excerpts (and maybe a few more authors), so I hope you’ll come by every Friday to see what’s new.

I decided in the ninth grade when I had a wonderful English teacher who had the ability to make literature come to life that I wanted to be a writer. I started writing poetry—mostly those teenaged-angst type poems. I grew up in a small town in and got a job right out of high school working for the local newspaper. Before you get all excited, no, I was not a reporter. I was an advertising clerk. But as luck would have it, no one on the reporting staff wanted to cover the plays performed in the local theater by the Community Theater troupe. I eagerly volunteered and this my ticket to a by-line. At the same time, I enrolled in a correspondence course with the Famous Writers’ School in . And I set a goal for myself—to save up money, move to , and become a tortured writer living in some shadowy attic while I wrote the great American novel.

Then I saw something shiny—a new guitar. There went the savings. I poured my creative passion into music, performing with a folk group for ten years. Writing was relegated to the back burner. From my vantage point in life now, I can honestly say I didn’t have the self-confidence or the courage to pack up and move five states away from home. Writing song lyrics now and then, a few poems, and one play that has yet to be performed sublimated my need to write.

Fast forward a few decades (and, no, I won’t say exactly how many). I had obtained a master’s degree in social work and had worked for years in the area as a social worker and then as a psychotherapist. What I enjoyed most about doing therapy was that it gave me the opportunity to be creative, to come up with something new and different to challenge clients or to give them options to resolve their problems. And I’d continued with my music. Then I became restless and bored with it all. I needed a change.

In 2000, I accepted a job with a non-profit in . This was a major move for me, so far from home and all that was familiar. Though I did have a few friends in the area already. I was back and forth for a couple of years, working between and . I returned to to institute a counseling program for the organization where I’d been working. After fourteen months, it became apparent that the program was underutilized. The clients the organization served simply did not see a value in therapy even if it was free.

One day in January of 2004, I sat in front of the office manager, complaining that clients either had canceled or simply not shown up. I whined that I was bored and had nothing to do. Knowing my story of wanting to write, she said, “You have a computer in your office. Go write that book you keep talking about.” (I’m still not sure if she was being encouraging or if she just wanted me out of her office so she could work.)

I returned to my office, wondering what I could possibly have to say. Could I really write a novel? What would I call my book? What came to my mind was: And the Truth Will Set You Free. This sounded like a great title for a women’s fiction novel—the kind of fiction I knew I wanted to write. (I adored the writing of Elizabeth Berg.) I wrote the title on a page, closed my eyes for a moment thinking what that title could mean, then began to write my story. It's the story of a 50-something woman asked to take an early retirement from her job. Two months later, I was informed my program was to be closed. (Talk about life imitating art!)

Have you ever shaken a bottle of champagne and popped the cork? That’s what it was like. Words flowed. I saved writing to a disc (no flash drives then) and took it home where I sequestered myself in my bedroom and continued writing. I couldn’t stop. More importantly, though, something shifted inside me. I felt as if something had broken loose in me, as if a great rush of ocean-scented air whooshed through me. I felt more alive than I’d felt in a very long time.

It took me four months to finish the first draft of that book. Then I dared to let a few friends read it. As far as I was concerned, I’d accomplished what I’d set out to do—I wrote a novel. But my friends asked what I planned to do with it, insisting it should be published. In my naïveté, I sent queries letters out to about fifty top agents. And over the following weeks, received rejection letters on a daily basis.

A friend pointed me in the direction of e-publishing, suggesting I go that route. I submitted to one publisher—Wings ePress. About six weeks later, I received an email with ‘Contract’ in the subject line. It was on my birthday! What a unique gift!

And the Truth Will Set You Free was published in July, 2007. But by that time, I’d already completed four more manuscripts. As of this writing, I have fourteen books published with three small presses in both e-book and trade paperbacks. Three more books (two of which are novellas) are scheduled for release between May and November. Though I continue to write women’s fiction, I’ve also ventured into contemporary romance. I guess I’m just a romantic at heart.

I may have made this sound way too easy. What I’ve learned is that, if it seems too easy, I didn’t do it right. I’ve learned so much along the way these past nine years, mostly from other more accomplished and experienced writers. We all have to start somewhere, but we also have to commit ourselves to honing the craft of writing.

I can say this with every certainty: Writing is my true passion. It’s the one thing I do that always gives back more than it demands of me. It’s the one thing that energizes me, makes me smile when I don’t even realize I’m doing it. It’s the one thing that engages me on just about every level—intellectual, psychological, emotional, spiritual and even physical (I’ve learned that writing for 16 hours straight is not good for my body). Writing is the best gig ever and, even though like most writers, I still have my day job, when someone asks me what I do, proudly say, “I’m a writer.”

So I’d like to share with you a blurb from two of my newest books and invite you to my website at www.lindarettstatt.com to view the others. 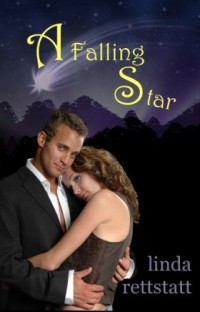 Following a scandal, Spence Parker’s acting career is crumbling faster than the small hometown he left eleven years earlier. When he decides to get out of town for a while, Spence realizes just how alone he is. With nowhere else to turn, Spence goes home. After a regretful reunion with Valerie Marks, the girl he left behind, Spence is determined to do something to try to save his hometown from extinction. It won’t hurt if his actions impress Val, as well. 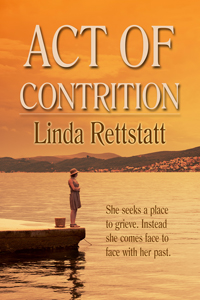 The argument ended as blinding headlights bore down on her. The steering wheel spun beneath Jenny’s fingers. A horn blared, and then…nothing. Jennifer Barnes wakens to learn she is the sole survivor of the crash that claimed her husband and eight-year-old son.
Why did she survive? The question haunts her even after she retreats to her cottage on the coast of . She is seeking a place to grieve and to escape the guilt that eats at her. Instead of the solitude she anticipates, Jenny comes face to face with her past.

Let the authors whose work you enjoy know that you appreciate their efforts. Trust me, we love to hear from our readers and to find reader reviews on places like Amazon, B&N and Goodreads.

Posted by linda_rettstatt at 8:48 PM

This is so interesting. I love hearing how we launch ourselves. I had no idea you were up to fourteen is it? And what about that job? Did you stay at the same job in Mississippi or get another one?

Oh Linda, what a great post! I loved reading about your adventures!

Judi, I actually am still working for that same non-profit today, but in a different position and location. I do enjoy social work (though I'd love to write full time.)

Thanks, Krista, for stopping by. Be sure to check in every week to meet other authors and keep up with my news.