How I Became A Writer - Linda Swift 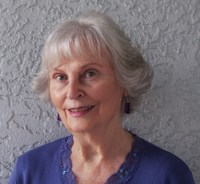 I think it was almost inevitable that I would become a writer. My earliest memories include being read to by my dad and fraternal grandmother, both teachers, avid readers, and "hobby" writers.
I followed the predictable steps many writers take, first writing poems beginning when I was ten. These came to include love poems in my teens. I also wrote my first romance book in my early high school years. It was five hundred pages written in longhand on lined notebook paper.

When I married at nineteen, I put away childish things and my literary attempts were in this category. I threw my novel in the trash but my dad, unknown to me, salvaged it and kept it for several years before he returned it to me. He said he felt I had matured enough by then to treasure it and I had, and have it to this day, although I've had only memories of him for many years now.
When my two children were enrolled in school, I decided to become a teacher and enrolled as a college freshman. Marriage, family, church, and school consumed all of my time for several years. My only writing was a few short stories for my children and skits for my college classes. Several years and three degrees later, my dormant  urge to write was satisfied when I enrolled in a university creative writing class. This led to my membership in a state poetry group and a fulfilling association with "real" writers for the first time and soon I was having poems published in a variety of publications.

I began writing short stories and taking more writing classes. I won a Fiction Skills Scholarship for a week at a national writers' conference and had my first short story published by a literary magazine. Other stories followed. But my goal was a published novel and this was reached when Kensington published my novel in the Women's Fiction genre. I was invited to contribute a novella to their Christmas Anthology, then had a second book scheduled for release when the line I wrote for was cancelled and I became an orphan.

A hiatus of several years followed while I traveled with my husband on consulting jobs to many places including England. My agent was unable to place my work elsewhere due to the changes taking place in the industry and I eventually severed my contract with him.

Meanwhile, I kept writing and finally turned to digital publishing in 2007. And the rest, as they say, is history.  I have been contracted with nine digital publishers, and currently have titles with five of them. I have twelve books available in ebook and print and seven short stories in ebook only. An additional book has just been released  and I have plans for more to come this year.

My journey toward my desired destination so far has not been easy but the rewards far outweigh the time and effort spent. I have not reached as high as I'd like to be today, but I'm higher than I was yesterday and I'm still climbing. There is an old adage that says it is the journey rather than the destination that is most important so I'm trying to make mine count.

Bio:
Linda Swift divides her time between her native state of Kentucky and Florida. She is an award winning author of published poetry, articles, short stories, and a TV play. Linda's first two books were published by Kensington. She writes historical and contemporary romance, women's fiction, short stories and poetry (available in e-books and print from Amazon and other distributors) Her publishers include Publishing by Rebecca J. Vickery, Champagne Books, Whiskey Creek Press, Whimsical Publications, and Willow Moon Publishing. 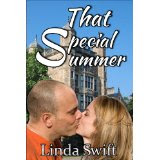 When Paula's husband divorces her to find himself, she is devastated. Adding to her hurt and anger, he joins a band and dates a sexy young singer. Forced to start over in the job market, Paula returns to college for a degree in Special Education.

As Paula struggles to cope, her shattered ego receives a boost when two men seek her company – Derek, a retired naval officer in college to qualify for a second career, and Greg, a wealthy businessman and philanthropist. Toss in a Professor with a huge misconception, a campus stalker, and her daughter's upcoming wedding, and Paula's new world becomes more complicated.
But once she unexpectedly finds herself, and falls in love again, starting over proves to be better than she could have ever imagined.

Posted by linda_rettstatt at 9:17 PM

I love reading how you dream to be a writer and published author came true.
Your new book sounds really good and I'm sure I will like it.

Hi Teresa,
Thanks so much for stopping by. I believe that is you want something badly enough, and work hard enough, and wait long enough, you have a good chance of attaining it. And it is so rewarding when you finally realize that goal. Good luck on winning That Special Summer.

Linda, A very interesting description of your road to becoming a writer.
Wishing you lots and lots of success.

Thank you for visiting, Margaret. I appreciate your support and your good wishes. The journey has not been smooth sailing all the way but it has never been boring!

I love reading your books. Intriguing on your path to become a writer.

Hi Kat,
It was so nice of you to stop by and thank you for your nice comments. I appreciate it so much.
You know how eager we writers are for any scraps of praise. It makes it all worthwhile.

Wonderful journey, Linda, and here's wishing you yet more success with your writing.

Hi Paula, I'm so glad you stopped by. Yes, we have both had interesting journeys so far, haven't we? I think I'm getting behind with your A-Z blots again but I will try to catch up today. What a lot of work that has been for you but so helpful to others. Thank you.

Sorry to be late annouoncing a winner tonight. I live on the Gulf side of FL and went to the beach tonight with my husband and friends to watch the sunset. Our winner in Teresa K. Congratulations. I'll be sending your digital copy of That Special Summer tonight. And thanks to the other people who visited and left comments. And a special thank you to Linda for hosting me.

Thanks so much, Linda, for sharing your journey into writing with us. And congratulations to Teresa K. I know you'll enjoy Linda's book.