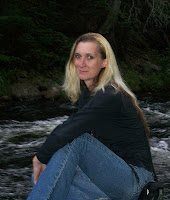 ﻿Please tell us a little about yourself.


My short ‘official’ bio reads like this: Jacqueline Paige Is a world class multi-tasker being a mother to five adventurous and unpredictable children, a cafe manager and having a colossal imagination that allows her to step outside of reality into a world of paranormal romance —with just a touch of suspense.

Jacqueline lives in Ontario, Canada and avoids the ever changing weather of the region she lives in by creating other worlds to fall into in her stories of all things paranormal.

Or simply put I really need someone to create a time machine that would give me just a few more hours in a day to get everything done.

I have always been scribbling in a notebook telling a tale for as far back as I can remember and I did try to go somewhere with it when I got older but life kept getting in the way each time I started down that road. The last time I tried seriously was before internet and ebooks —and before word processing programs. I did manage to get a few neatly type written short stories out there but wasn’t able to devote the time needed to take it any further.

In 2006 my friend was abandoning me to go away for a month. I was going to be lost without her at that point in my life and when I asked her what I was supposed to do left to entertain myself for that long, she told me to write a book. She was joking, but I was determined to have the last word so I sat down and started writing.

When she returned a month later there was a book waiting for her in her email. I was actually half way through the second book at this point. Both of us were shocked that it was good. Good enough to publish. The book was From Beltane Magic.

What aspect of the writing process to you enjoy the most? What part of the process do you dread?

I think I enjoy that initial moment when a story idea comes to me the most. I love sitting down and just seeing where I can take it. Sometimes it doesn’t go in the direction I want it to, so I move on to the next and save the other one for another time. It’s like discovering a new world most of the time though and I’m always surprised that I thought of it.

The part I dread would definitely have to be writing the synopsis. I wait until the book is finished to do this and it’s the probably the most frustrating task ever! I can write an entire book in a month if the plot runs for me, but to sit down and write 3-5 pages of summary feels like torture for me.

I would definitely be a pantser. I have tried to sit down and plot out a story and for the basic outline it works out for me, but then my imagination, my muse and characters take over and quite often I’m sitting there reading what I wrote and have no idea how the plot got there. A few times I’ve had to sit down and try to figure out where exactly to go next, but for the most part it’s an adventure and I love not knowing the ending until the last word is typed.

Oh my, there are so many. I read anything and everything really. There is no such thing as too many books or reading too much in my world. (We just moved recently and my boys would have preferred to carry the refrigerator up and down the stairs ten times than to move all the boxes of books.) If I had to pin point the authors that have driven me to write what was meandering around in my imagination I would lean toward the dark-fanatasy-paranormal authors like Christine Feehan, Laurel K Hamilton, Sherrilyn Kenyon ( and twenty others) because they took the risks and let their stories go to new places and that’s what I wanted to do.

Would you tell us a little about your latest book?


I’d love to! That book I wrote as a joke in 2006 turned into a series and I stuck with it while working on other plots and adventures. The first one From Beltane Magic was released in January and The Solstice Heat was just released in March.

Here’s the back cover blurb:

The Solstice Heat – Magic and passion that burns.

Step into a world of magic and passions....

Take a dash of spice, heat it

Add a flash of magic and watch the sparks fly

Add a handful of witches from all paths to stir it all together...

Separated by two different life styles yet their passion and magic ignite sparks hotter than the Solstice heat.

Can they work out a way to be together as they try to stop a killer from striking again?

Kasey is a woman that exudes energy and brightness; she is as equally passionate when angry as she is when she’s happy. The energy she carries from life comes through in all her magical workings with spells and stones, giving them great magical strength. She is a dreamer and often wishes she could re-write her own story so that she was charming and sophisticated enough to be with a certain wealthy male lawyer she wants more than anything else.

Chris is a force of strength and experience that is carefully hidden behind the easy mannerism he has adapted so carefully. There is nothing he cannot do where magic is concerned and he has tried all manner of things, whether right or wrong. His fortune has left him wanting for nothing else in life, except the one thing money can’t buy him, the woman he feels too unclean to approach.

Separated by two different life styles yet their passion and magic ignite sparks hotter than the Solstice heat.

Can they work out a way to be together as they try to stop a killer from striking again? 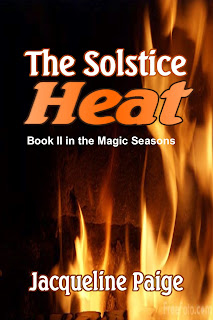 The list is as long as I am tall and I’m sitting right at six feet.

In May the third book in the Magic Seasons will be released- Harvest Dreams.

The fourth book, Autumn Dance is presently sitting on the editors desk, but I don’t have a release date just yet for that one. The fifth and final (for now) book Winter Mist is in the tedious process of being proofed and corrected prior to submission.

I also have the second book in the Hidden Senses Trilogy coming out in July- Dream Visions. The final book in this trilogy- Inner Reflections is underway on my writing list but will be completed shortly just as long as the characters behave and do what they’re told. It’s been exciting to write about psychic abilities.

Undergoing some requested revisions presently there is the first book in my Animal Trilogy – Animal Heart. This is the first time I’ve wandered into the shifter trend and I have to say it’s very exciting to stretch my imagination in a new direction.

There are two other books that are going through the readers process (either pre or post submission) After the Silence and Cross Over Huntress. Both again are completely different areas of paranormal than my previous books.

I guess you can surmise that you will be seeing more books with my name on them.  Like I said at the beginning of this interview, I really need that time machine—soon! 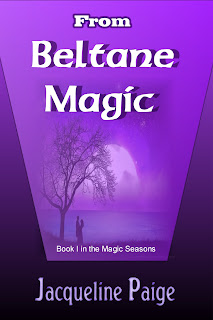 Thanks so much for having me here!! 

Posted by linda_rettstatt at 9:39 AM

awesome! I love finding new authors ;) and I will be looking up Ms. Paige's work